Bhakti for Jun 18 was sponsored by Parivar of Rambhaben Popatlal Sangan Shah – haste Ashmitaben & Ashokbhai Shah in memory of late Popatlalbhai Sangan Shah. Ashmitaben who regularly attends our bhakti got the bhav to have bhakti and made great effort to bring her 91 year mother-in-law to the bhakti despite being in a wheelchair . Yet again a wonderful spiritual evening of bhakti attended by nearly 200 people. The audience was fully engrossed in the bhakti as can be seen in the short video prepared by our hardworking volunteer – Vimalbhai. Yet again lots of positive feedback from both the audience & Rambhaben’s family. My thanks to everyone who helps to making the monthly bhakti a success story. 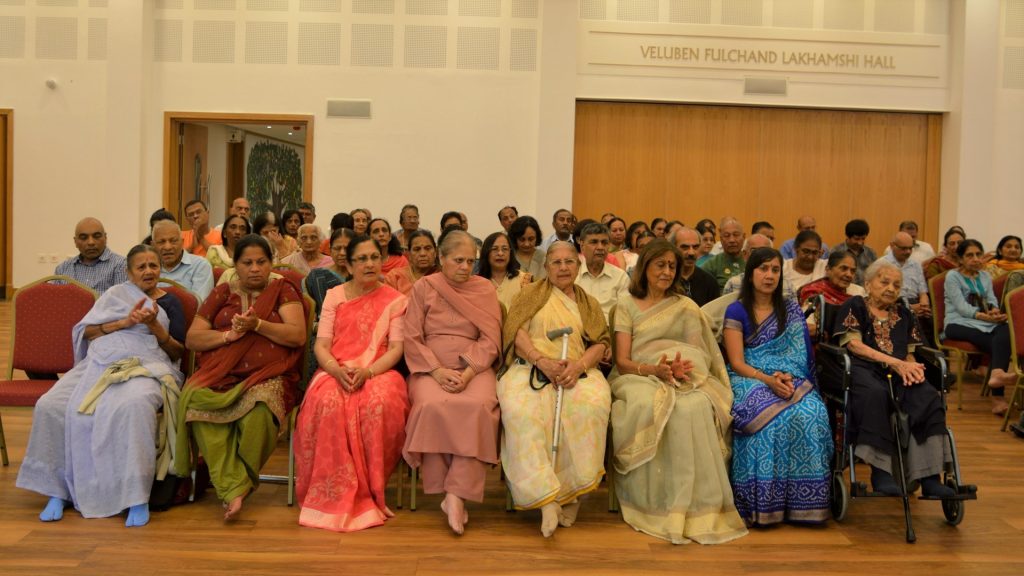 Feedback from the parivar

I just wanted to convey our sincere thanks to you and the team for the amazing Bhakti you provided on 27 June in memory of my father in law Popatlal Sangan. It was so lively and I have had such good feedback from many people. I could have sat for another two hours and listened. A lot of people I invited had not been before and they were taken back with your team’s performance. You have been absolutely great in leading up to the Bhakti in keeping me up to date. It was so nice to see everything set up and we didn’t have worry about anything. There was pin drop silence whilst the Bhakti was going on. Mum really enjoyed it.

Back to North West Area page.