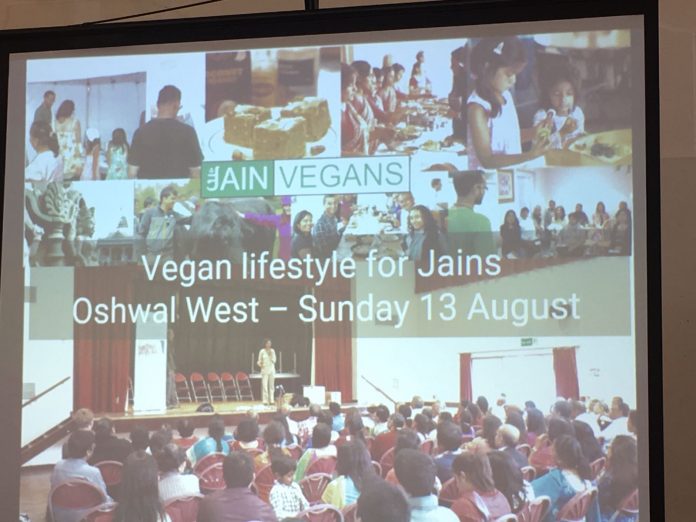 The event was led by led by Sagarbhai Shah and his team from the UK Vegan Society who talked us through the case for being vegan, being “health conscious” on a vegan diet and actions we can take in our daily lives to avoid dairy products and move to a plant based diet.

The workshop included a live cookery demonstration on cashew cheese, chocolate mousse made with chickpea water and flaxseed egg replacer. Members thoroughly enjoyed the opportunity to sample these dishes.

Attendees were also gifted with a coconut masala chai drink to take home.

As a parting thought, members were requested to try vegan and specifically give up dairy in addition to any other activities they will be participating in during the auspicious days of Paryushan.

Thank you to Sagarbhai from the Vegan team for leading the workshop and Chunibhai, Aartiben, Neetaben Anilbhai for helping with the event and lastly, Anitaben for donating the costs for the event.