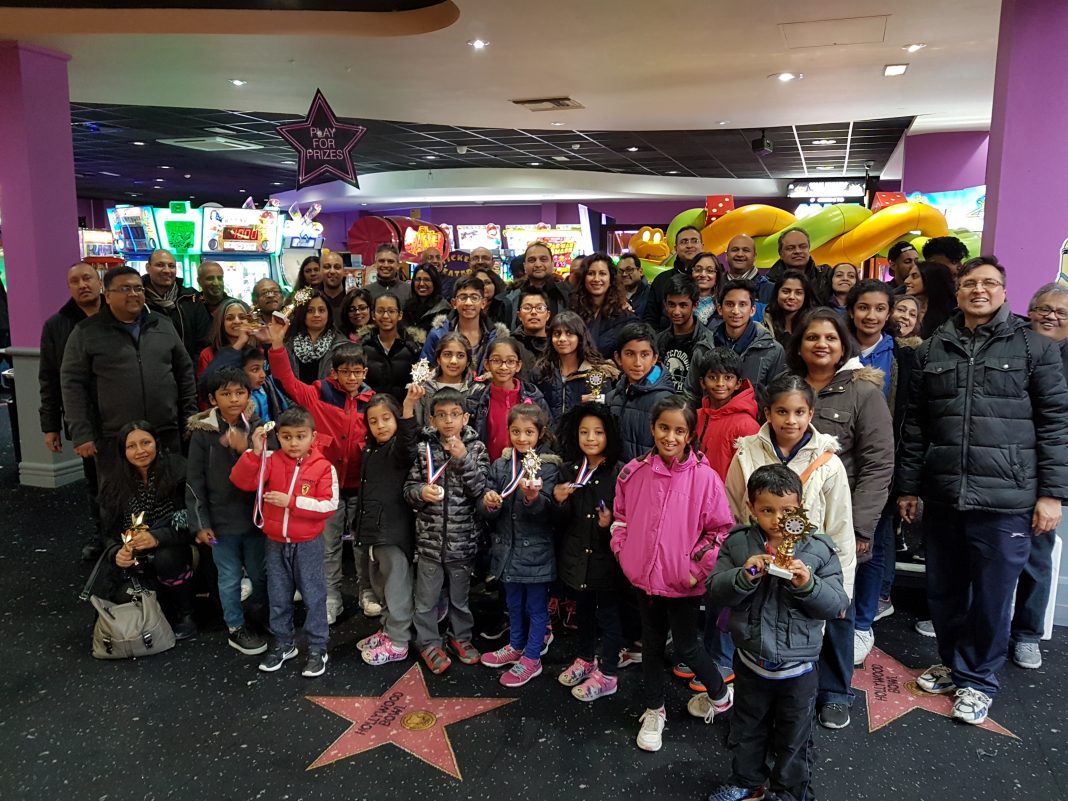 The spell of cold weather and looming risk of snow failed to deter the great turnout at Hollywood Bowl on Sunday 18th March 2018.  70 plus members, parents and volunteers of the North West Reactive8 club all turned up to participate or encourage the 60 competitive bowlers spread across the 10 bowling lanes.

The age range of the bowlers was from a mighty 58 year old to the youngest, a mere 5 year old.  They were divided into 5 competitive categories: Under 8’s, Under 12’s, Under 18’s, Ladies and Mens.

The bowlers had a chance to warm up and practice during the first game.  Cheered on by the others, each pounded their choice of coloured ball down the lane hoping for a ‘Strike’ or at least a ‘Spare’.  Each ‘Strike’ or ‘Spare’ was met with jubilant celebrations of ‘High-Fives’ and loud applause.  The atmosphere was also peppered with groans of disappointment from the near misses of the last one or two pins still standing.

As the games progressed, the competitors kept the energy high with snacks and drinks.  With the second game, things got serious.  The time for warming up was over and the bowlers rolled up their sleeves for real action and competition.  The highs and lows continued into the second game with each ball being delivered, with even more feverish energy and hope, down the 10 bowling lanes.

All the incredible fun ended when each bowler had pushed or powered down their last ball of the day.  The group gathered for a trophy presentation for the first, second and third best bowlers of each category plus medals for all our Under 8’s bowlers.

The next bowling event for Reactive8 may not come around soon enough especially for the aspiring young bowlers.  A big ‘Thank You’ to all the volunteers who organised this super day of fun and interaction.