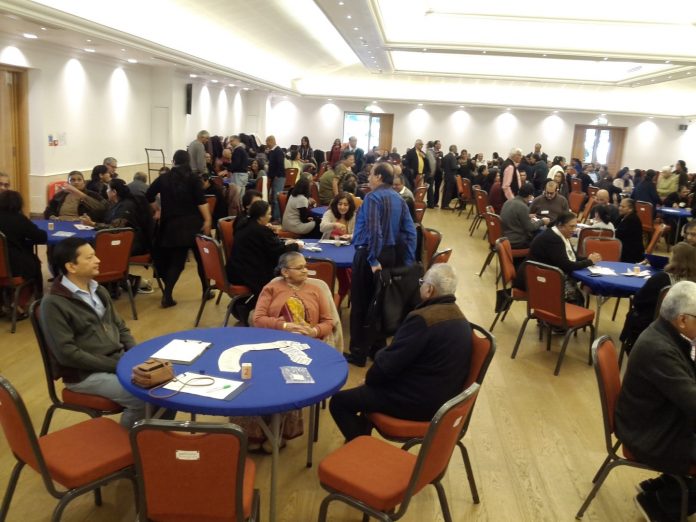 This was our 7th Bhukhar Competition event and we received highest record number of entries, a total number of 72 entries from Luton, South West, North, North East, East, Northants and North West areas.

Everybody enjoyed delicious breakfast which was made up of Makai-pawa, biscuits, assorted khakhras, bananas, tea and coffee. Everybody settled down to play after a brief explanation of rules by Bharatbhai, while soft melodious music was playing in the background.

This year, two winner groups were formed- Premier and Champion Group. Second half of the competition was organised to be played differently.

Before the prizes were awarded, Ushaben made a speech, whereby she thanked “Three Musketeers” namely Rahulbhai, Bharatbhai and Pradeepbhai for the co-ordinated organisation of this event which enabled it to run very smoothly,

Special thanks were conveyed to:

Oshwal Centre has provisionally been booked for 5th November 2017 for next year’s competition and once again Rahulbhai and the Northants committee will work together to ensure maximum participation.