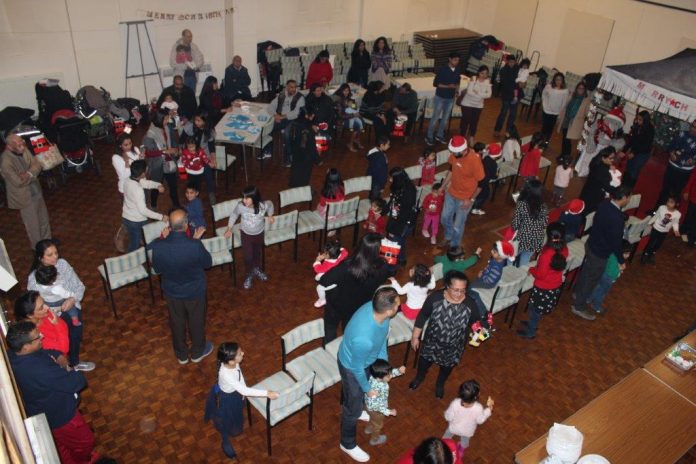 West Area’s greatly awaited children’s event of the year, the Kid’s Christmas party took place on Saturday 09th December 2017. Around 40 children and parents attended the 2nd kid’s party hosted at the Shakti Centre by the Social committee. The event has become so popular, that we had parents bringing their children from as far as Oxford.

Several activities were arranged for the children and my special thanks to Hema Johnson Shah ( Ashwinbhai and Niruben’s daughter) for arranging the various games and keeping the little ones happy and entertained.

We had a guest appearance from Father Christmas, who greeted and presented each child with a small gift. This year we also had many young babies coming to meet father Christmas. Thank you to Shejal Nilesh Shah for preparing and donating the goody bags.

The children thoroughly enjoyed a meal of pizza, burgers, chips and sandwiches and then made their way around the sweet station and filled their pockets with treats. Thank you to Anita Shah for donating the food and the sweets and Pratima Yashwin Shah for the home-made Christmas themed cookies for the children to decorate.

The event ended with a special treat from our waffle man (Chimanbhai), who cooked hot waffles for the children and the parents, which went down a treat! 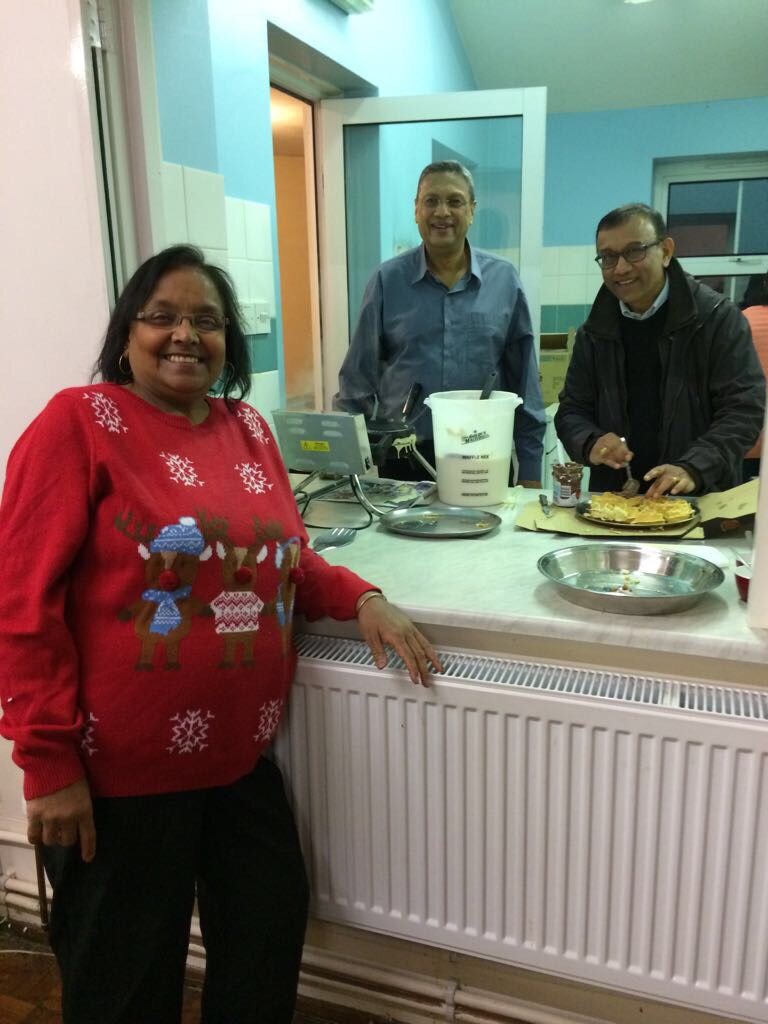 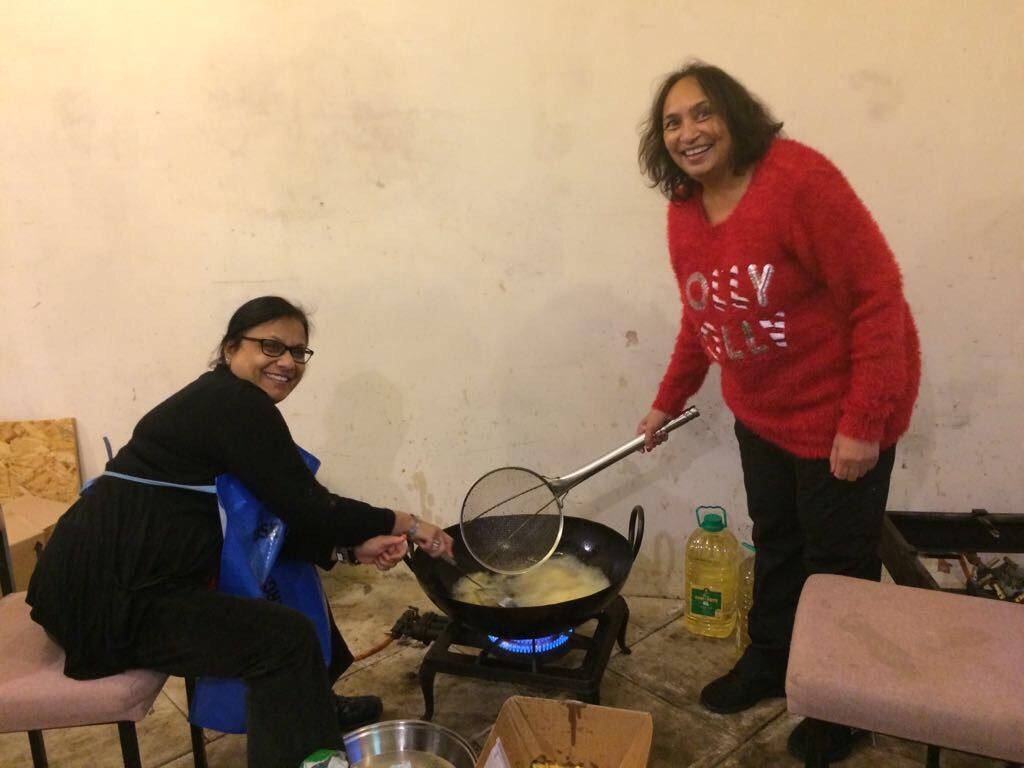 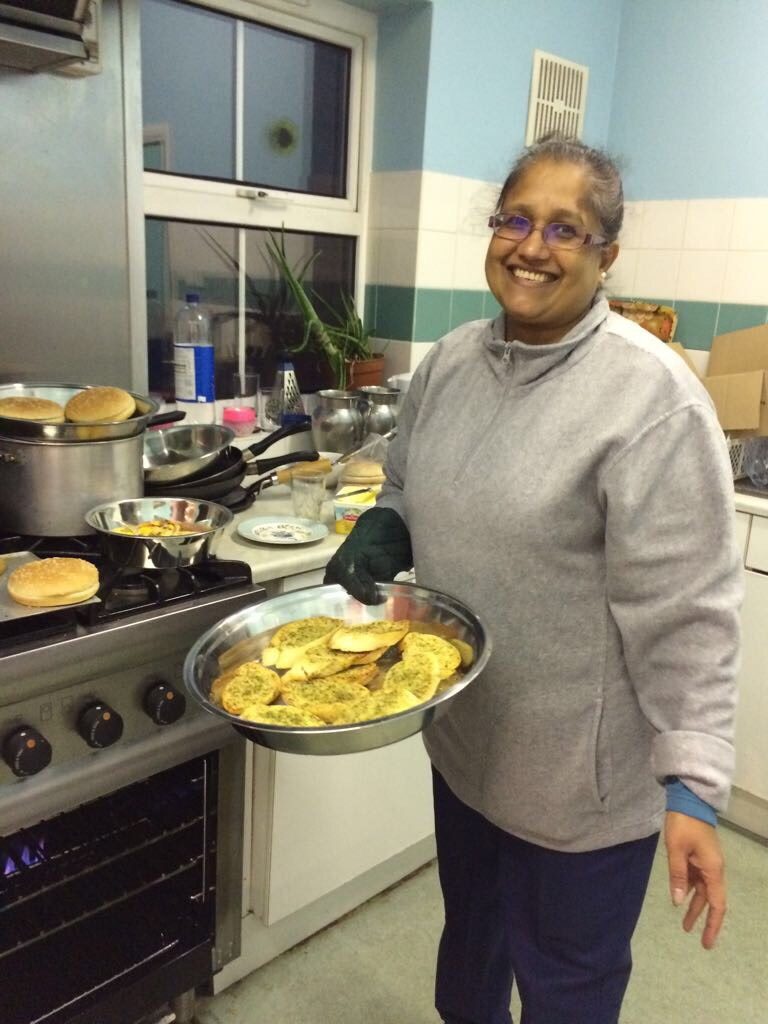 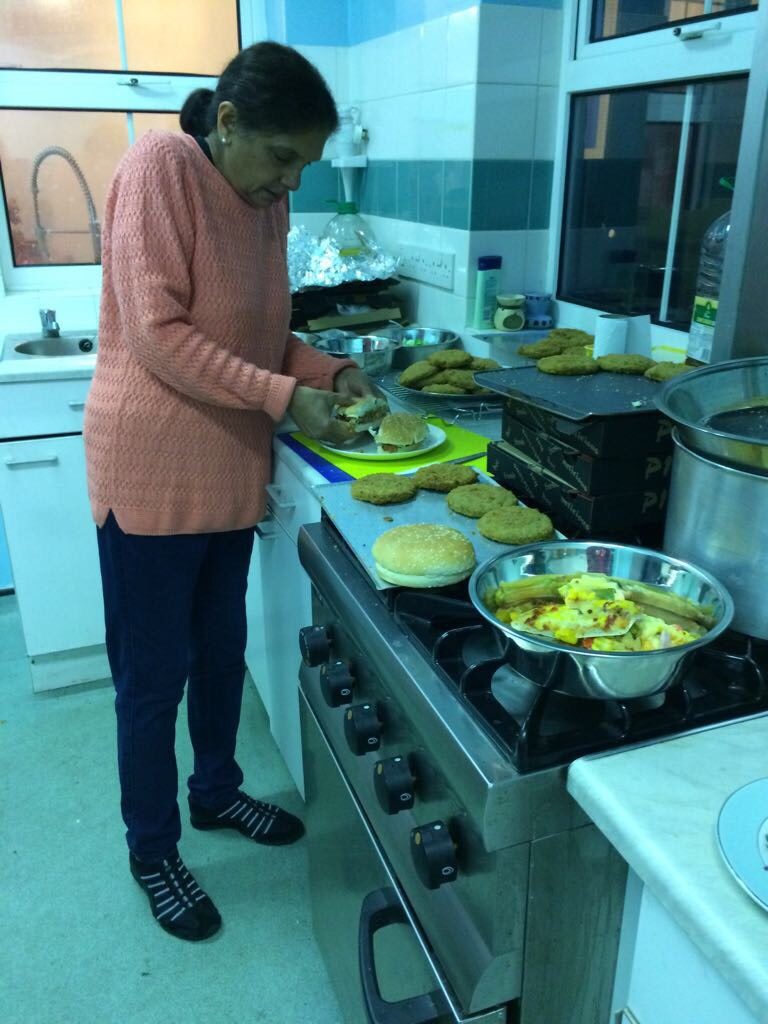 Despite the cold weather, volunteers with smiling faces delivered delicious treats for our children.