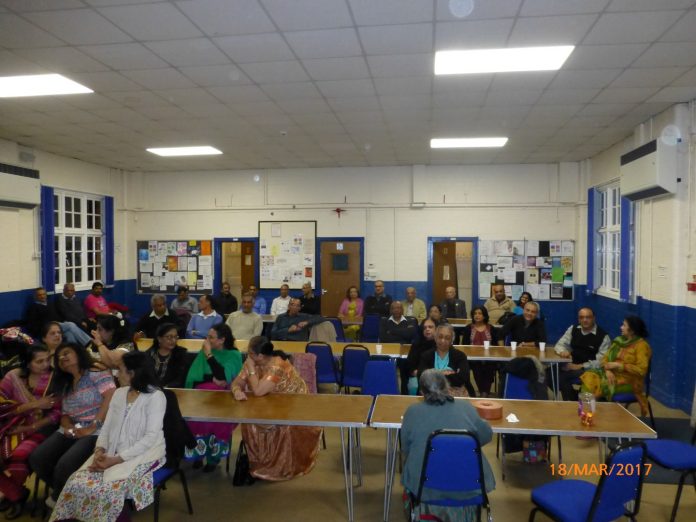 The ever popular Daal Roti programme held by Northampton area on Saturday 18th March 2017 was a great success.  In spite of the cold, gloomy weather nearly 50 people attended and enjoyed daal, garam roti and chaas.

After this deliciously simple, yet extremely satisfying, meal it was time for Mahendrabhai, Jyostnaben and Chirag to entertain all with their golden voices with some melodious tunes on karaoke machine.

The last one and a half hour was spent playing antakshri.    Throughout the various rounds of the antakshri the atmosphere was one of fun and laughter with a bit of healthy friendly competition between the teams.

The event was thoroughly enjoyed by all and we received many compliments from those who attended.  More photos can be seen the Northampton galleries on the Oshwal website.

The area committee appreciates and thanks all the committee member and volunteers who prepared the food and helped out in the kitchen.