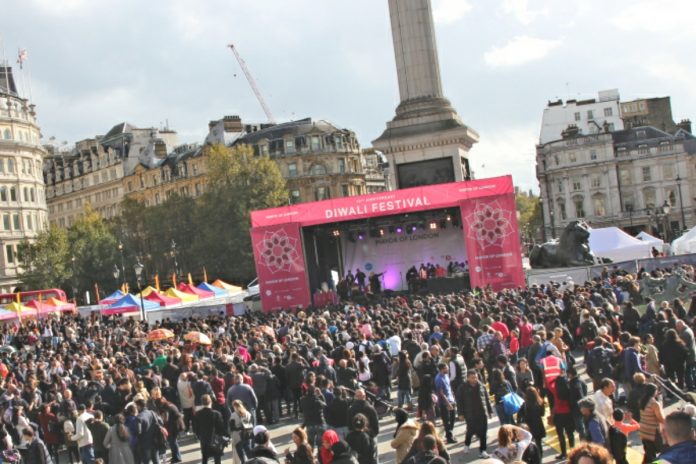 The event started with ladies being draped in sarees and then encouraged to play garba in the square with music from Priyesh Shah and group.

The festival is organised by the Diwali in London Committee (OAUK is a member of the committee) in conjunction with the office of the Mayor of London. Sadiq Khan officially opened the event by lighting the Diwali lamp on the stage.

West Area members for preparing the Prashad, around 1,200 pieces of barfi’s were distributed.

Lastly, Executive Committee for giving the opportunity to myself and Sudhirbhai Meghji Shah for representing the Association.