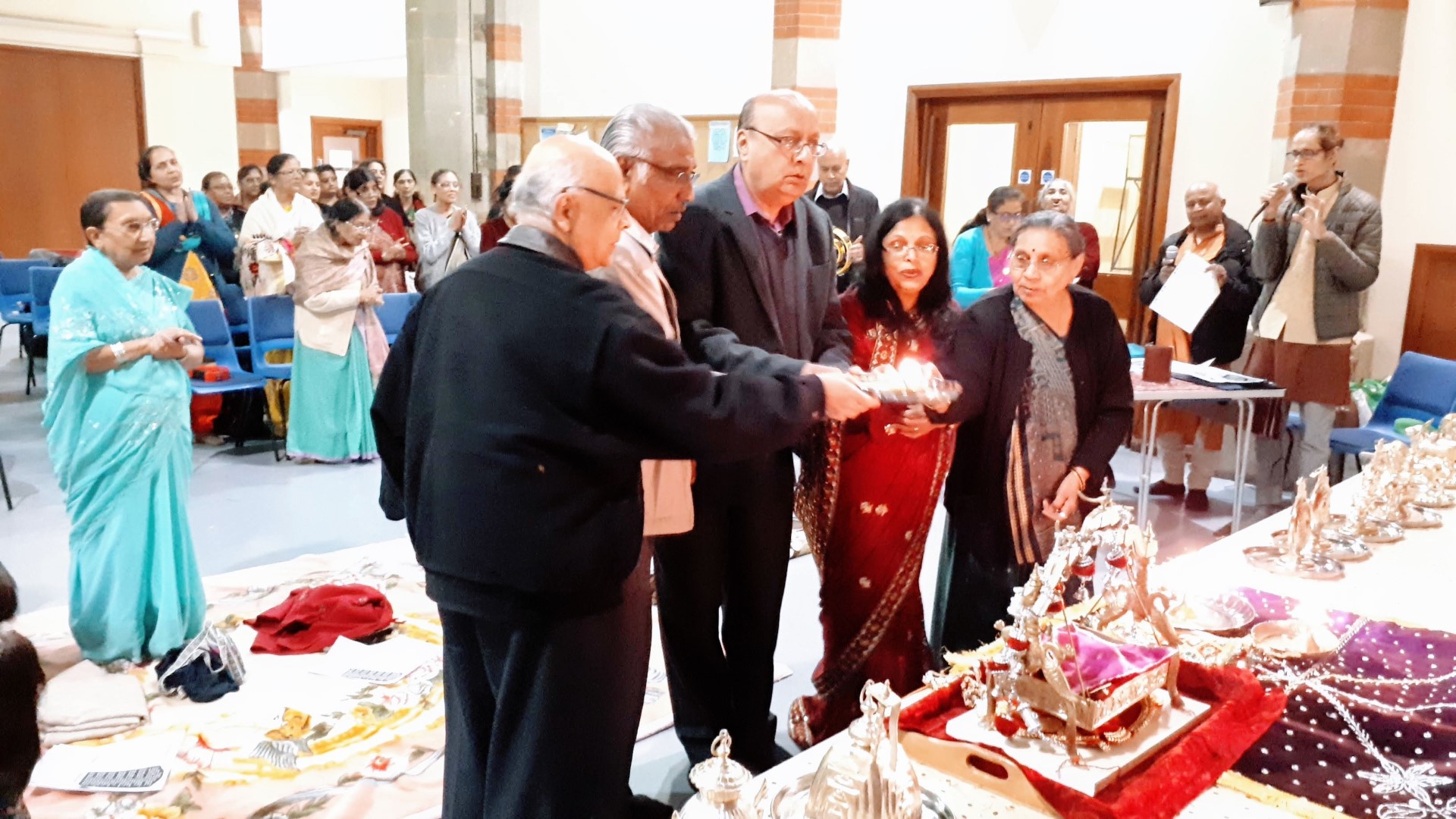 Jayeshbhai was collected from Oshwal centre by Kishorebhai and came to the hall in time. All sapnas were taken by the public and few were left which were pledged straight away. After that, a minute of silence for the great loss of Gurudev Chitrabhanu was observed and the prayers were said to rest his soul at peace. Chitrabhanu will be greatly missed.

Soon after Jayeshbhai started the ceremony to celebrate the Mahavir Janma Kalyanyak. He first talked about the life of Mahavir Swami and what difficulty he had gone through during his Tapasya. One of his Sidharth was that he must feed someone before he ate his food, and also so many other things which Mahavir went through.

Then Jayeshbhai talked about Trislamata’s 14 sapnas and the meaning of each sapnas. And when Mata Trisla sapnas were narrated they said the child will be a  big soul. And a TIRTHANKAR will be born and that is Vir Mahavir.

Jayeshbhai started the ceremony of each Sapna to be worshipped by the person who had bid them. They will then go round the public so the public gets a chance to worship them.

After all the 14 Sapna’s were worshipped then the pranama ma srifal padhravanu and Bhagwan Mahavir no Janma, and then Parnu julavanu, so all these three ceremonies were performed by Pushpaben Ramniklal Shah family.

The time went so fast and Jayeshbhai had to go home in time so we had to end the event at 9.30pm sharp. Vijaybhai and Pravina took  Jayeshbhai back to the oshwal centre.

Many thanks to Kishorebhai and Vijaybhai to give this great service to East Area.

And to Jayeshbhai to conduct Mahavir Janma Kalyanak for the east area.