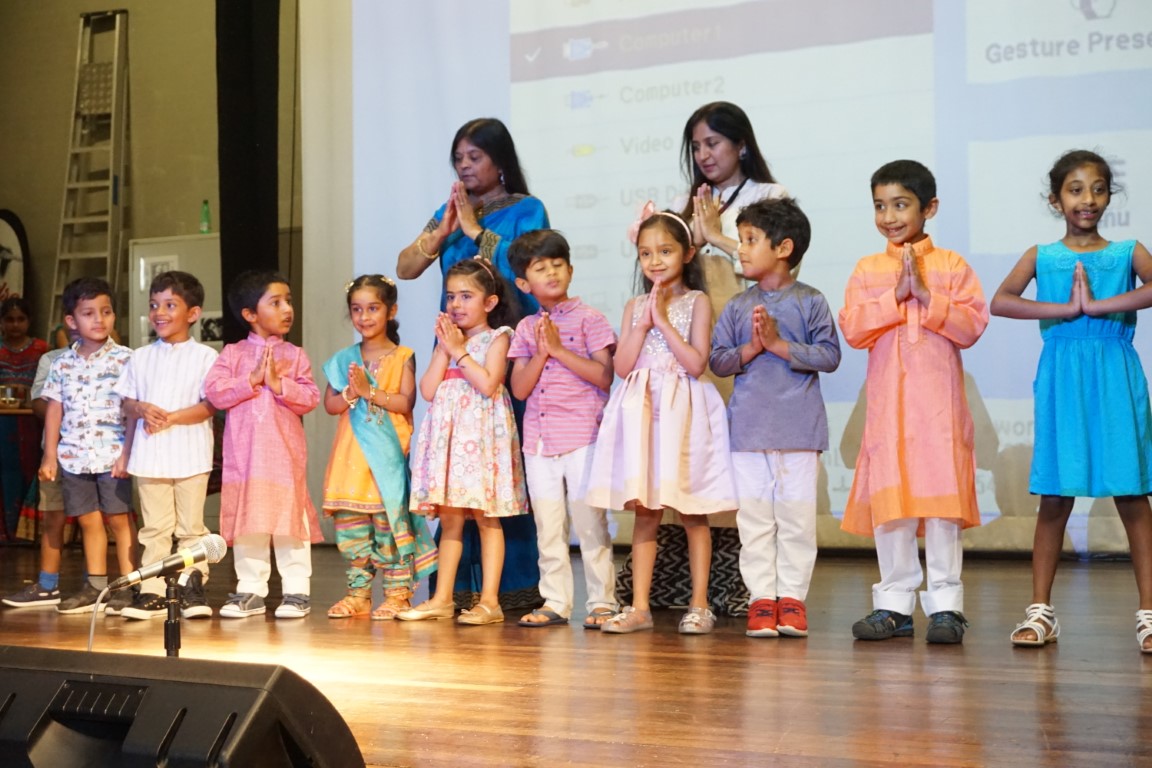 7TH JULY 2018 – The North Area Gujarati School closed for the holidays with its traditional variety show, in true Indian timings it started late due to some technical difficulties, the crowd were kept amused with jokes while they were sorted out. With one of the hottest nights there were over 100 parents turned up to see their kids perform luckily no one fainted and drinks were being consumed to hydrate themselves. The age ranges of the performers ranged from 4 years to 14 years, the show started with Balmandir class performing traditional nursery rhymes in Gujarati, their enthusiasm and enjoyment performing for the first time in front of an audience was great to see. There were skits, Bollywood dancing and comedy plays performed which had all us in stitches with laughter. The show ended with performance from the Harmonium and Tabla classes with some great solo performances and a talk from one of our parents who had taken GSCE Guajarati this year and how it felt being in class with children studying with them. After the play everyone enjoyed some refreshments.

A special thanks to all who helped in preparing the show, arranging rehearsals, with costumes, props, making of the program, sound system, computer graphics, writing of the plays, making food, helping in clearing up at the end of the show and by no means last the children who performed without them there would have been no Variety Show.

Back to North Area page.