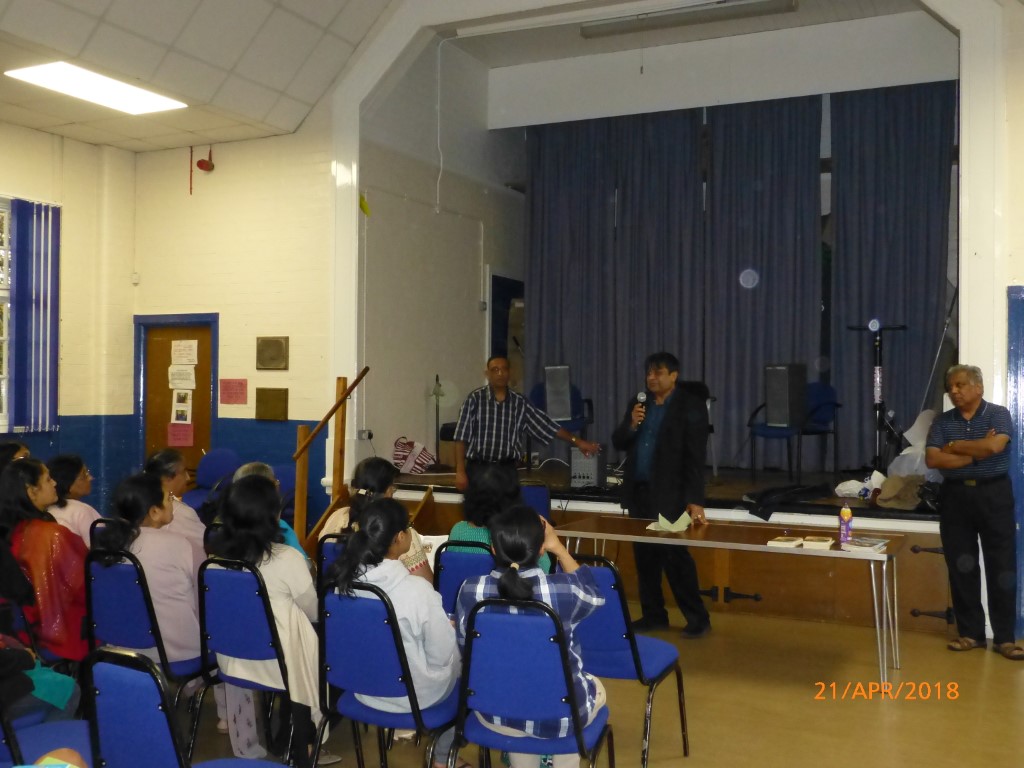 On 21st April 2018 Northampton Area hosted a talk on How Deep is our Ahimsa by Nitin Mehta. Nitinbhai is a well know figure who is a passionate and a renowned speaker on India’s spiritual heritage as well as vegetarianism and veganism. He is also an active campaigner for animal rights. He was instrumental in setting up the first vegetarian society in Kenya, Mauritius, New Delhi, Paris, Lisbon and in the states of Punjab and Andhra Pradesh, India. He received an MBE in 1999 for his services to the community and has received the Ahimsa Award from the Institute of Jainology.

We had an attendance of well over 50 people. The evening started off with a hot meal of salad, potato curry, naan, vegetable biryani and raita. Tea, coffee and biscuits were served after the talk. The talk was centred on what more we can do in our journey to promote ahimsa. Nitinbhai discussed the importance of taking the next steps towards non-harm to all living beings and our environment. He highlighted the cruelty that animals face that are specifically bred for food, their living conditions, tests and experiments done on them and the effect it has in turn to all those who consume their produce. He gave examples of alternatives that we can use instead of products (like milk, leather, medication) that are derived from animals. He talked about the importance of instilling the values of ahimsa in our children. The talk was well received and there were some challenging questions from our members especially around careers that involve experimenting on animals. Tea, coffee and biscuits were served after the talk. The evening was thoroughly enjoyed by all. The committee is extremely thankful to all the volunteers who made the food and helped clear up afterwards.

Back to Northampton page.