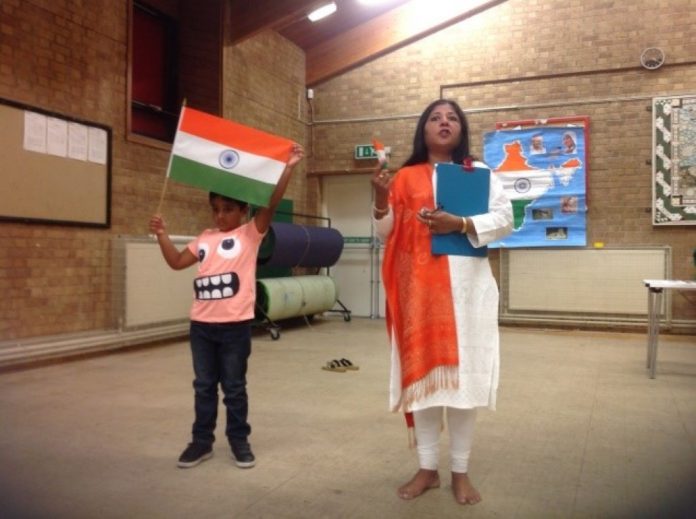 The event started with prayers and the National Anthem, led by Bhavnaben followed by a short explanation about the colours of the Indian Flag and how the British first invaded India.

Veljibhai and Manekchandbhai shared their real life experiences, feelings and memories of Independence Day. They were in India in 1947, around the age of 13 years old.

The event finished with reciting Vande Mataram. Followed by snacks of mouth-watering Bhel, Pani Puri and Papdi Chaat ice cream. Committee would like to thank Mradulaben for donating the ice cream.

Back to Leicester Area.