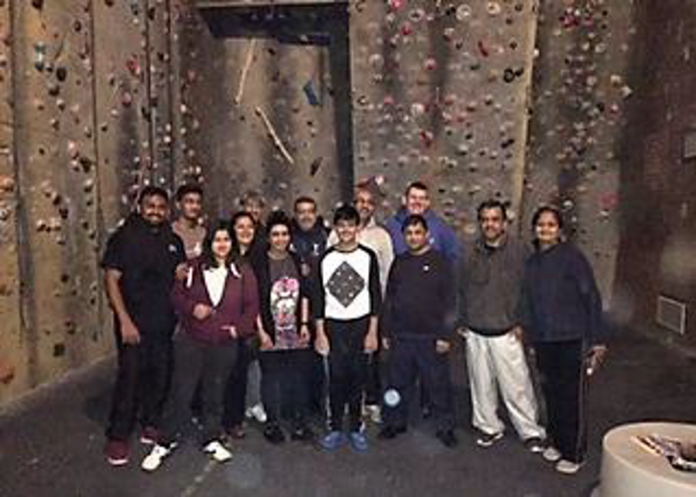 We all finished the course – all proficient climbers now – well that’s to say all the participants reached the top of the highest wall – confidently!

Everyone felt a great sense of achievement and pride that they had learnt a new skill and felt fitter and confident enough to attempt climbing other walls which they had not seen before! New friends made, great laughs had and talents released which were unknown before! 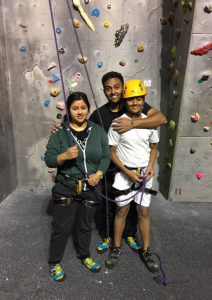 From this experience, the whole group decided they want to do more physically challenging things – not just go out for a meal or movie! The camaraderie that had grown over the 6 weeks was only equally matched to the sense of success!

In fact, almost everyone gained their level one climbing proficiency award and the two youngest joined the award scheme and are hoping to go onto the intermediate award soon.
After the course finished we had a break for a couple of weeks and then some of us went again and incredibly the muscles that were developed over the 6 weeks, having been left unused for 3 weeks, were so stiff – but the pain soon disappeared with the adrenaline rush! 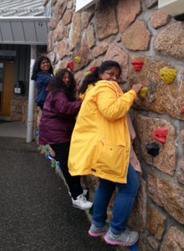 After the course, other things got in the way of regular climbing sessions, however some of the group have managed to keep up the climbing having gained a level one climbing award meant they could climb without the supervision of staff.

Actually, some even practised climbing on the Scotland trip (and some of them didn’t even take part at Tower, they were just inspired by their partners who did)!