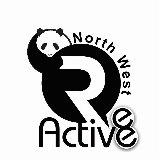 “The qualities that a person needs to become an area captain is to know when to fight a battle and when to be calm and have a lot of patience.”

Having been a volunteer for so many years we have both had various roles in our time that have been extremely enjoyable. During the 33rd Oshwal Olympics, I was the disciplinary chair and assisted the organising secretaries. In the past, I have had various roles in the organisation of sports day: I have been an area captain, one of the three in charge of the day, disciplinary chair several times, organising secretary a few times and I have been the youth chairperson at the executive committee. Of course, not forgetting that we are also coaching our teams from the side lines willing them on every step of the way to get the victory we know that they deserve. These experiences have been like no other – in a good way. Not only do we have our youth club family within north west area but I have made some fantastic friends along the way while carrying out these different roles. One of the reasons why I chose to become an area captain is to try and put across the views of the club members to the organisers of sports day and to see if there are other areas that would like the same in their respective areas.

When we started volunteering not many people knew the goals that we had set ourselves. There was only a small group of us then and we set our target of winning sports day in 5 years. We accomplished that goal in 4 years. This just goes to prove that if you set your mind to it, you can achieve anything.

The qualities that a person needs to become an area captain is to know when to fight a battle and when to be calm and have a lot of patience. We all say that sports day is a friendly competition between areas but, when you are in the heat of the moment certain things can be said that will upset you. It is important to not react to these comments and to walk away. Once everyone has calmed down you can see the situation that arose more clearly.

If there is anyone who would like to become an area captain, then my advice is to be prepared for some hard work as an area captain would need to understand all the rules for the sports that we play; stick to the deadlines that are set; organise your own schedule so that you can meet the deadlines, for example: setting your coaches deadlines so that you can meet yours; be prepared to speak to parents as they can get upset when their child is not chosen for a team; be prepared to offer members from the club to participate for other areas (As we are the biggest area and are fortunate to have full membership from children, we can be selective when creating our teams but, there are always other areas that are looking for players so that they can make up a squad to take part in the Olympics. In which case, they may approach you to see if we have extra players that want to play for them).

As an area captain you carry out all that has been mentioned above along with attending the sports day meetings, draws, filling in the team sheets- making sure that they are all correct, filling in the concession and complaint forms, briefing the teams and the coaches of the rules that may have changed from the previous year, but the most important thing that an area captain does is using all of their knowledge and experience to keep teams calm and to encourage them to give it their all.

The role of area captain has impacted me in several different ways. I enjoy providing guidance and feel honoured that I can assist with my experiences, in particular- to those who want to understand how the system works; or what they need to do to fill out the forms as well as how to interpret a rule for a specific sport whether it is a fellow volunteer/coach, a member of the youth club, a person who wants to referee, a parent asking why a certain decision was made either for or against their child.

One of my greatest memories as an area captain is the impact of encouragement. This is how the story goes: our bench ball team were losing 8-0 at half time. I had a short window to encourage the team to turn it around for the second half, however they conceded an own goal. Not long after they turned the game totally around and won with a score of 10-9, winning the tournament. The other memory that will always stand out for me, is winning the sports tournament for my first time when I was on the executive committee.

It is always a pleasure coaching, mentoring and guiding children through the sports that they like to play. We use techniques that are tried and tested so that they can improve as they get older even if we do appear to be hard on them.

I have been part of Oshwal youth for a very long time however, unlike Neel I have had much less of a role outside of youth club. I have been an area captain a few times now and wanted to let you know a bit about life as an area captain.

What do I love about being an area captain? The best part of being a captain is being able to organise all the teams for sports day from delegating captains to planning deadlines for team submission. But, the adrenaline really starts kicking in when you get to sports day as you are hands on in motivating your teams, cheering them all until (I lose my voice) the very end with hope of lifting the winner’s trophy.

There are always ups and downs in being an area captain as well. A huge amount of time must be allocated to organising your teams as sometimes you’re awake until 2am doing your final team submission. Over the years, I have come to realise that people do not truly realise the amount of work that goes on behind the scenes of Oshwal sports and youth club. There are always criticisms about the way things are done. We have seen upset kids and parents, particularly when their child has not been selected for a team for the Olympics. I know that this is a terrible feeling but, I must stress that this should never dishearten you instead it should make you more determined to work harder to make sure you’re in the team the following year. We are quite spoilt for choice in terms of the number of children who attend youth club. However, this does mean that we do choose to select the best to participate in the Olympics. When selecting the teams, we don’t just look at the individuals playing ability but, how each player plays as and within a team game. Unfortunately, for years we’ve only been allowed to take one team per sport to represent North West. So, to those children who don’t make it through the selection process, keep trying and focusing on improving your skills and show off your sportsmanship.

Lastly, to all the grandparents, parents and siblings of children who attend youth club, come and be part of north west area youth club whether it be to participate at youth club or be a spectator at HLC or even volunteer. For some reason that I do not understand, our participants are supported by just a small handful of people (parents, grandparents, siblings) physically attending to cheer them during the Olympic days.
I am proud of our participants- no matter the outcome. So come, let’s show our support together, be proud together and cheer together.

Being North West vice-captain has been a knowledgeable and an enjoyable experience. Before this position, I had no experience of a higher role at the annual tournament, apart from turning up to provide my support and play in the sports for which I had been chosen. This role has allowed to me see my naivety and understand the amount of effort, hard work and dedication those behind the scenes put into allowing the games to proceed. I have found a new respect and admiration for the volunteers who help make these games achievable and congenial as they are. During the games, I felt more responsibility over each team and had a new-found support and urgency to play the best we possibly could! I believe this role has helped me adapt as a young adult to being more responsible and accountable for my actions, my area and my overall perspective of the Oshwal games. Being vice-captain allowed me to attend meetings which helped understand the underlying problems and tasks that volunteers faced before and during the tournament. In my opinion this was valuable knowledge as I believe I have become more educated as to where funds, support and organisation occurs. I am grateful that I was given this role as I have learnt valuable life skills and I hope to do an even better job next year!!