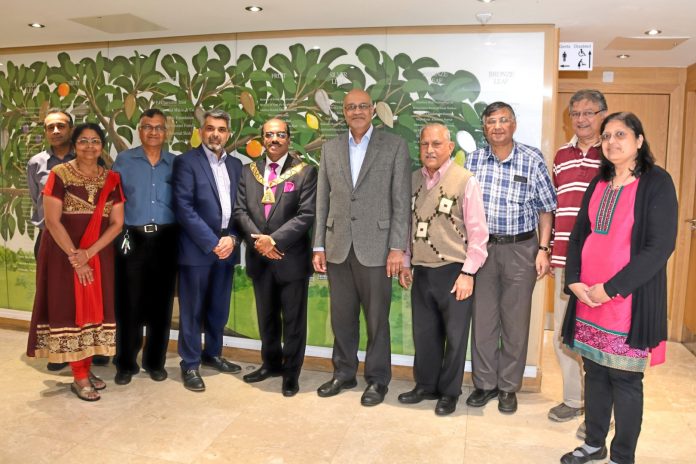 Our monthly EMM was held on 13 May 2017, sponsored by Kantaben Jayantilal Jivraj Shah. We had over 270 attendees. We also had five guests from Karuna Nursing Home.

A delicious lunch was served, consisting of Dhosa na Ladoo, Patra na Bhajia and all the other scrumptious items to go with it.

The entertainment was provided by Surindeer, which was greatly enjoyed by everyone.
In addition to the entertainment and yoga, we also had a talk from Sureshbhai regarding the changes in the NHS.

We were also privileged to have the Mayor of Brent Cllr, Parvez Ahmad. He joined us for lunch along with Tusharbhai.

You can see the photos from the event here.