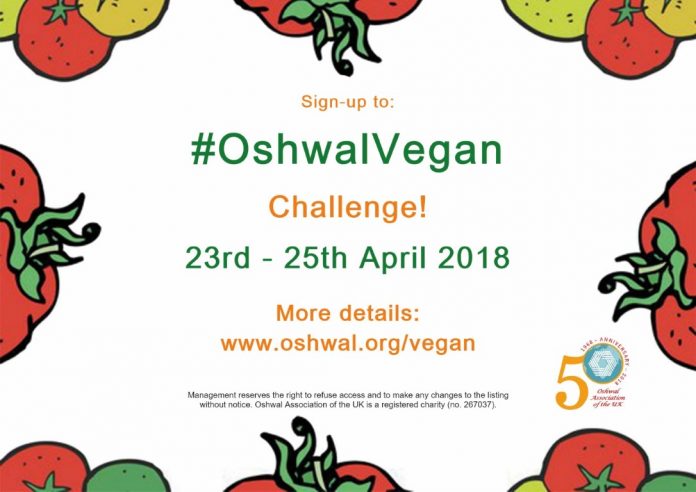 I became vegan around 18 years ago (in 2000), for ethical reasons. Having been brought up as a lacto-vegetarian in a Jain family and consciously not buying leather, it previously never occurred to me that there is so much violence and death behind dairy production. When I got married in 1998, my husband Mahersh had himself become aware of the violence behind dairy. He was eating eggs at the time, but became 100% vegan as a result of his new awareness. It was through him that I then became aware, ultimately leading to my choosing to adopt a vegan lifestyle. I am very grateful that the information came to me, and since that time, Mahersh and I have been actively involved raising awareness about why the vegan lifestyle matters.

In the end, going vegan was not difficult at all. In my pre-vegan days, virtually all my food was made from grains, lentils, seeds, vegetables and fruit. The only dairy foods I consumed were milk, chaas, butter, yoghurt, and mistaan. However, it was easy to find or make vegan alternatives for these, except maybe the mistaan, though vegan mistaan is nowadays becoming increasingly available. In any case, giving up mistaan is surely beneficial from a health perspective! I spent most of my childhood in Mombasa. Oshwal Mahajanwadi and Derasar were two places where we spent a lot of time. It so happened that most of the meals at the Mahajanwadi were vegan except for mistaan. And when eating out, we mainly used to eat plant-based foods e.g. mogo, kachri bateta, coconut water and many other delightful street foods. So going properly vegan was actually a small transition.

Indian food is full of flavour, since there is such a variety of vegetables, grains and spices, leading to a wealth of amazing dishes, each of them having a unique taste. E.g. khichi and khichdi are both made from mung beans and rice, but they are very different dishes. Plus these days, most restaurants tend to cater well for vegans, so I don’t really miss out when eating out. In fact, there is so much variety of vegan foods out there that I have difficulty choosing what to eat!

For me, the vegan lifestyle is a very practical way to put into action some of the Jain principles on a daily basis. I would say that it has helped further my understanding of Jainism as a result. To me, adopting a vegan lifestyle goes some way towards developing oneself spiritually. By going vegan, our himsa impact on other multi-sensed beings and the environment is profoundly reduced, and our sense of compassion towards all life enhanced.

At the end of the day, the milk of a cow (or any other animal) is meant to be only for her baby, and so we humans are actually stealing the baby’s milk. And as if that were not bad enough, the whole milk production industry that we humans have created necessarily involves immense cruelty and murder inflicted upon cows and calves.

It has for several decades been acknowledged in medical/dietetics circles that we do not need to consume dairy, or any animal products, to live healthily and happily. So for me, going vegan was a logical step without any real difficulties.

Note – Please note this article is based on the author’s recommendations and not OAUK.