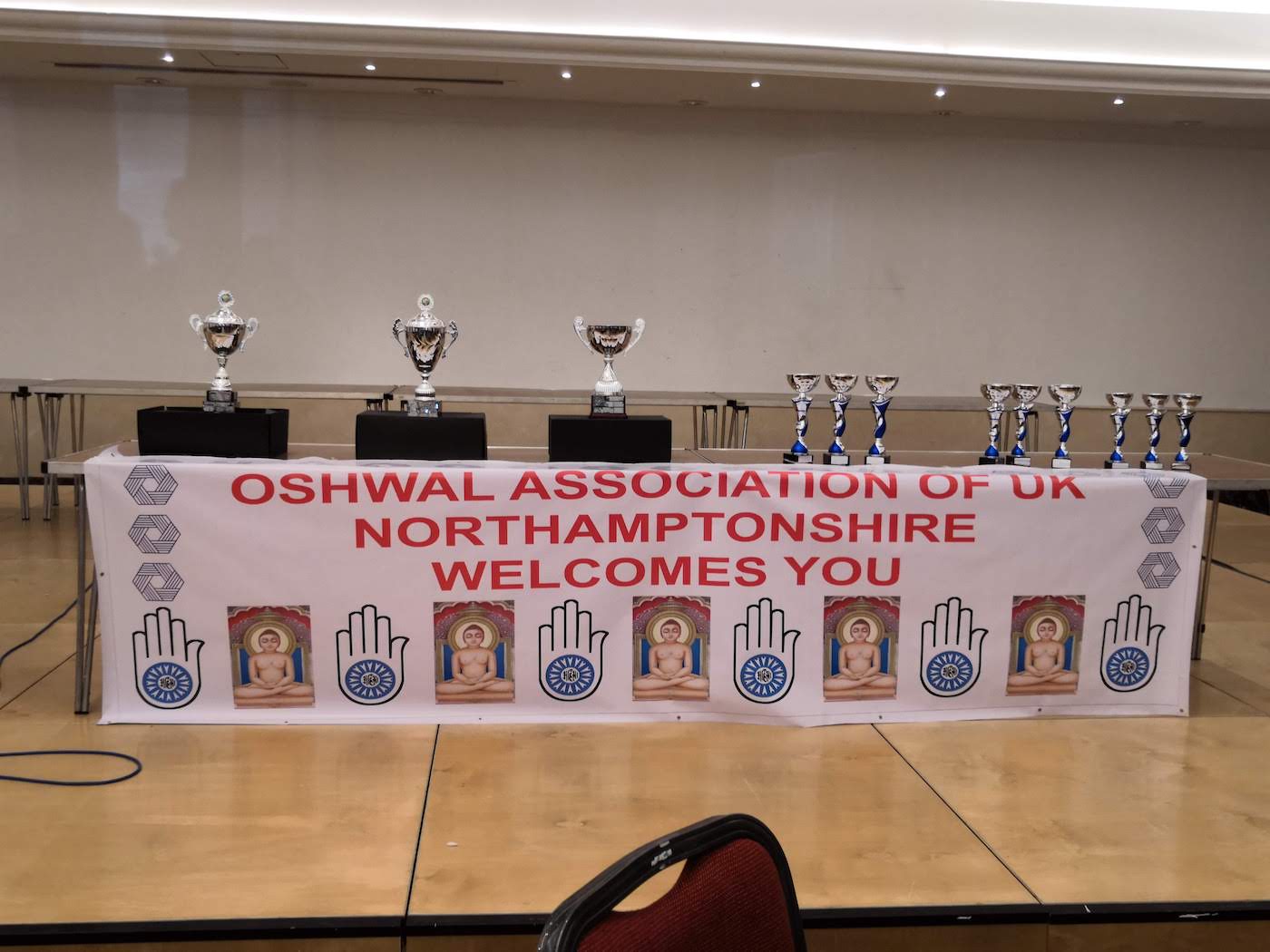 9th Annual Bhukhar competition was once again held at Oshwal Centre on 18th November 2018 and was organized by Northamptonshire Area.

Entries from participants started to arrive as early as July and we managed to accommodate 60 teams (3 members per team) to participate.  Bharatbhai explained the rules and answered questions before the games commenced.

First five games were played before lunch after which the competition was split into 2 groups – Premier and Champions.  4 further games were played after lunch.  This was followed by a vote of thanks from the Area and prize giving.

The Area is very thankful to all volunteers and participants who helped to make this another successful event.

Back to Northampton Area page