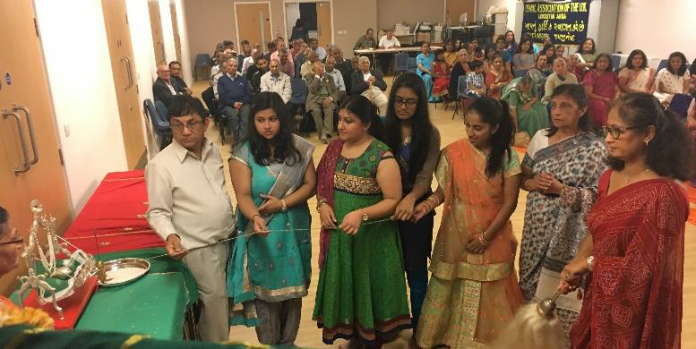 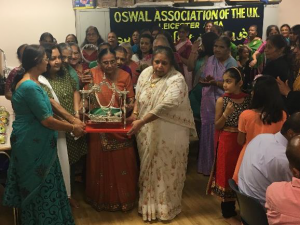 Leicester area members celebrated Paryushan joining in the Stavans, Aarti and Mangal Divo. For the majority, it was a time to grow their personal spiritual being either through the recitation of the stavans, attending the pratikramans or 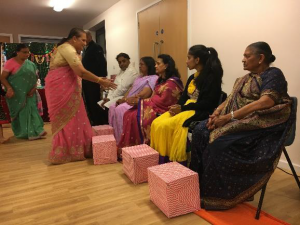 just attending the evening programmes. Along with the various religious ceremonies and prayers members looked forward to mingling with each other. It was lovely to see both the young and the old playing garba harmoniously to the stavans! 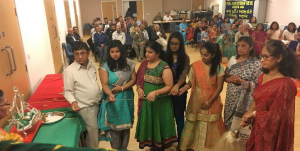 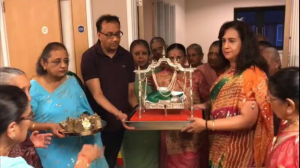 Jayeshbhai Shah attended on the afternoon of 20th August and gave a Pravachan on Paryushan explaining the meaning of Aaradhna. It was a homecoming for him as well as Varshaben – EC Religion Trustee – with the followers congregating to hear him once again. To 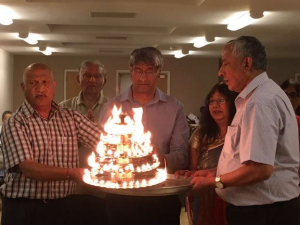 the delight of the area members, he engaged all with numerous anecdotes related to Jainism. Later, he conducted the Pratikraman after which we were all joined by OAUK President Tusharbhai and 4 other Trustees.

Despite the general fall in numbers over the years, Pratikraman throughout Paryushan was well attended. On last day, the Sangh mutually came together to wish Michhami Dukkadam followed by 108 Diva Aarti. The area had 6 tapasvis this year. 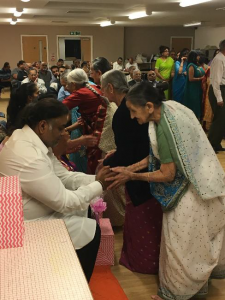 I would like to thank all the volunteers who helped without hesitation prior to and for the eight days of Paryushan, during Parna and thereafter to put everything away. A special thanks goes to Bhavnaben Nayan Shah who conducted the event in the absence of our Religious portfolio holder Lataben Hasmukh Shah. We hope you all had a peaceful, reflective and enjoyable Paryushan.