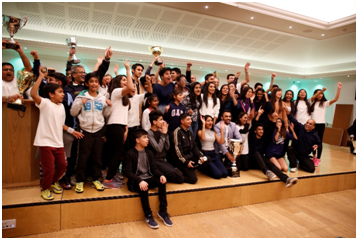 April and on Sunday 10th we have completed the Area AGM’s.    I am delighted to inform members that we have elected new Area Committees in 8 of the 9 Areas.  The 2016 Elections have seen some very positive changes with a new contingent of members getting involved in all the Areas.  New faces, new ideas and committee members who have served at Area level stepping up to take on bigger roles.  Very refreshing and very positive.

We will be publishing full lists of all the new committees on the Oshwal website in the next few days.  Below are the new Area Chairs who are all Trustees of Oshwal Association of the UK.

The Area Elections have been conducted with enthusiasm and excitement about the future of OAUK.  There is a real spirit of community and a strong desire to serve the membership.  We ask that you support your Areas; attend functions, get involved, volunteer and offer positive encouragement.

North – Unfortunately, we were unable to elect a Chairperson. The outgoing committee will manage the Area in a caretaker capacity until 22nd May when an SGM has been called for fresh elections.  North Area members, please be sure to attend and we urge members to come forward and take up roles in the new committee.

All Areas will be looking for members to join their sub-committees, if you have a desire to get involved in Oshwal Community affairs and become part of a team, please contact your Area Chairperson for more details.

Our sincere thanks and appreciation to all the outgoing Office Bearers & Committee Members for the excellent work they have carried out in the past term.

14th April – Ayembil begins and we will be hosting at Oshwal Centre and South London Mahajanwadi.  The significance of Ayembil is really important in the Jain calendar.  During Ayembil, devotees will partake in only one meal per day which is essentially boiled and without spices or oil.  It is said that undertaking a period of fasting / abstention is especially good for the mind and body.  Something we have been practicing for centuries, that is increasingly being recognised in the Western World for it health benefits.  For more details, please contact Varshaben. E: varshashah71@yahoo.co.uk

Shakti Centre Dwar Opening – 29th May 2016 – The official opening of Oshwal Shakti Centre (West Area) is on Sunday 29th May.  Token are available at £25.00 each and one lucky token holder will have the privilege of opening the Shakti Centre and unveiling a Takti with their family dedication.  The Draw for the Tokens is on Sunday 24th April (AGM Day) at Oshwal Centre.  You have two weeks to buy your token.

These will be available on the AGM Day, alternatively, please contact: kncolumbo@hotmail.com
bhikhu.shah@devcofireworks.co.uk
shakticentre@oshwal.org
or call Shakti Centre on 020 3441 1020

We are less than two weeks away for the central AGM.  All households will have received the AGM notice and Agenda.  This year we will be electing a new Executive Committee and as many of you are aware, I will be stepping down having served the Association for two terms (4 years) as President.  It has been a fantastic journey and we hope to share with you some of the highlights.

We will be starting at 11-00am with the Secretarial report and Accounts.  Breaking for lunch and then presenting the awards followed by the elections.

The AGM pack contains nomination forms for the four Office Bearer posts as well as posts on the Board of Advisors.  Elections are open to all members.  You have to have been a Life Member for a minimum of 1 year in order to be eligible to stand for election and it is subject to your confirmation of good standing.  If you would like more information, please contact The Secretary E: sailesh.shah@oshwal.org;

We look forward to seeing many members attend the AGM, it’s your opportunity to hear about what we have been doing, to ask us questions and to be part of the process in selecting and electing a new Executive Committee.

Shrimad Rajchandra Mission in Association with Sigma Pharmaceuticals PLC are holding a lecture in English & Gujarati. Ben Shri Rantna Prabhu will be presenting this talk about “how to get firmer into Religion and instil back the values in family – today’s immediate quest”

It is the organisers hope that this initiative will be motivational and informative to our younger generations about Jainism from a very prominent figure.

Finally, as I mentioned earlier, I shall be stepping down from my role as Honorary President.  It has been a wonderful 4 years and I could say much about what I have experienced and learnt during this time.

For this eshot, the message is simply THANK YOU for having the faith in electing me to this role and supporting us all throughout.

If I have said anything or through my actions have caused you hurt in anyway, be it knowingly or unknowingly, I seek your forgiveness.  Michhami Dukhdam.