The following has been shared by an Oshwal Member but please note the following is not organised by Oshwal Association of the UK.

6 year old Saahir ran 1.5km – 21 laps of his garden – on 19th May 2020 to raise money for the NHS. It started off as an innocent question to him from his dad on his 6th birthday a couple of weeks back – What would you like to do now that you’ve turned six? Answer: I want to raise money for the NHS like Captain Tom and run 20 laps around our garden. Well he did it. Indeed, he smashed it.

Saahir is a sprinter in body and mind, so a 1.5km run is a real test of stamina, patience, focus and pace! In the days leading up to the event he trained hard with his dad, gradually increasing the number of laps he could run to build his stamina and his mental strength.

Amazingly he ran 21 laps in total, an extra lap added at the end for good measure, with only a couple of short breaks to hydrate himself. On the sunny spring day, he was supported by family and friends from all over the world cheering him on, his sisters playing Chariots of Fire on the violin and his dad running with him as his pacesetter.

Saahir had set himself a modest fundraising target of £100 – he is delighted that he has kicked that well out of the park and is currently at £1,525 thanks to the generosity of family and friends. He would love to raise more. If you fancy sponsoring him here is a link to his JustGiving page: 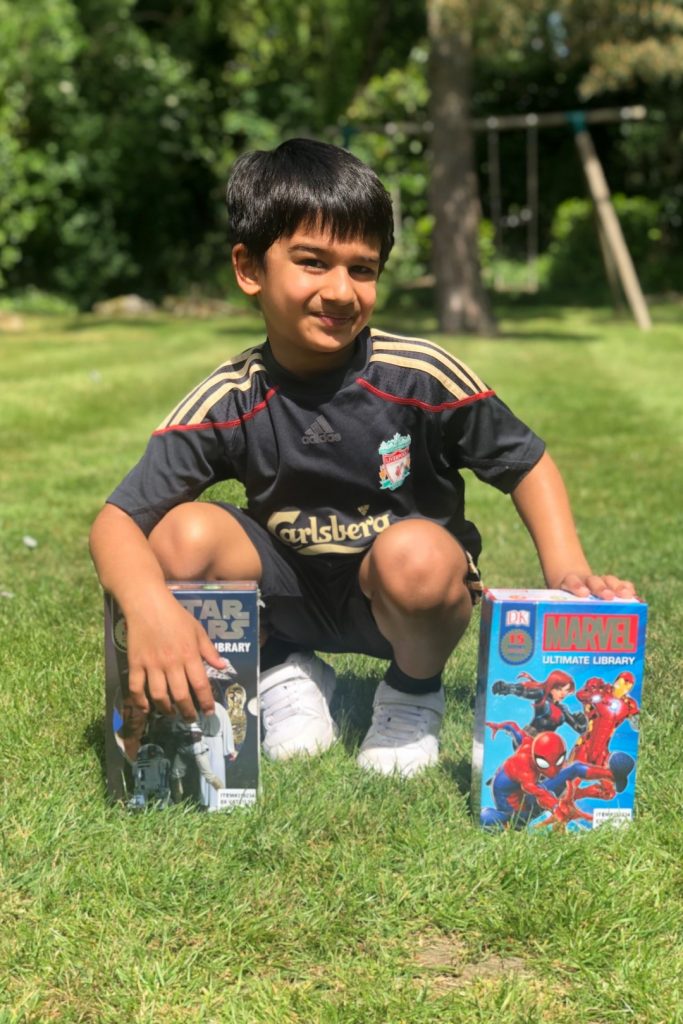