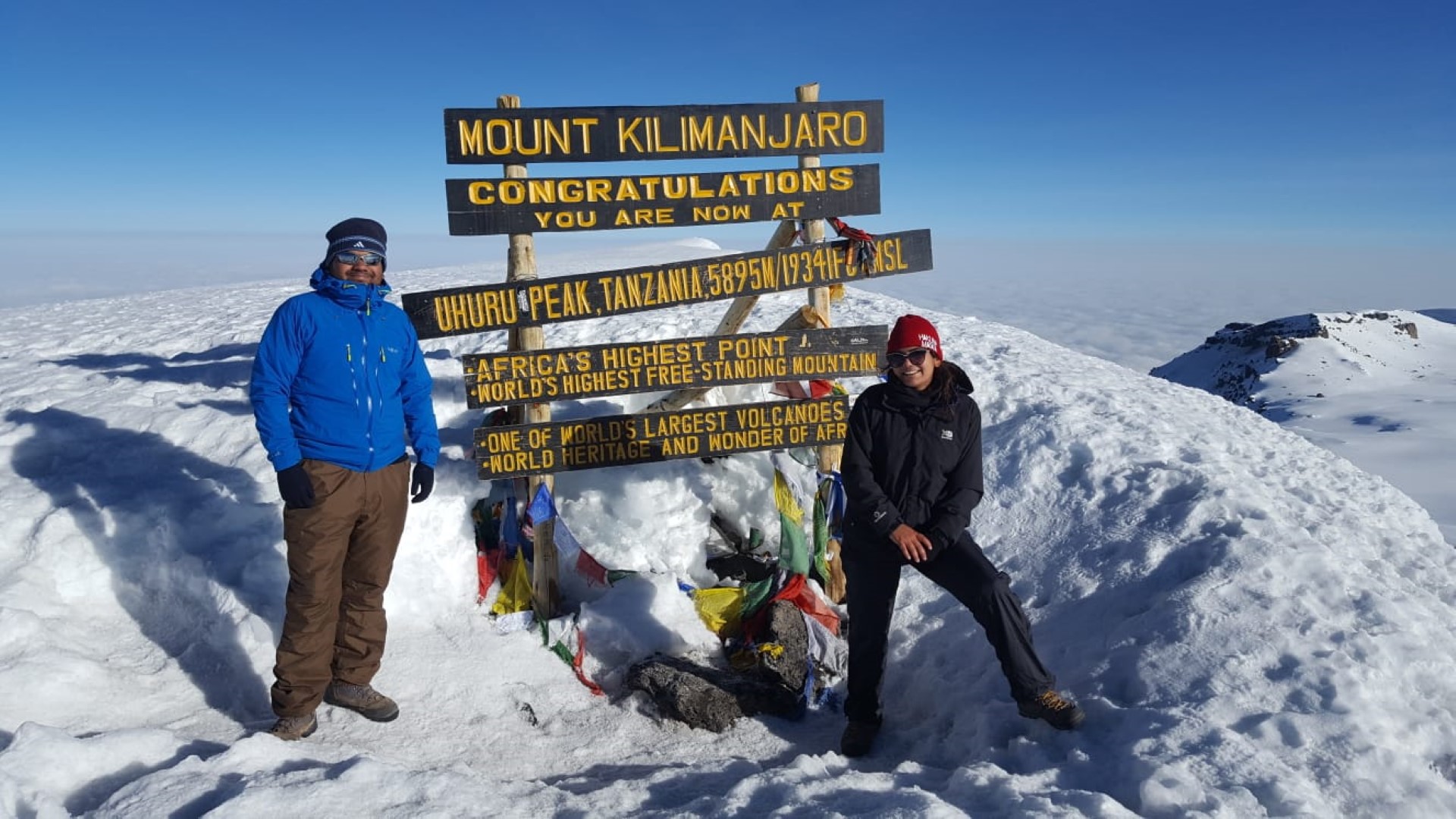 The following story is shared by a Member.

Suraj and Chandni Nilesh Keshavlal Lalji Sumaria, brother and sister from Hounslow West London embarked on a journey to conquer Kilimanjaro the TOP OF AFRICA on Thursday 14th June. On the 17th June they were at Africa’s highest point, UHURU PEAK. Both keen Adventure Scouts from the 4th Hounslow PACK. They have been in the scouting organisation since the age of 5.

This is a journey that they planned themselves with the help from friends and family in Kenya over several months while working/studying in their own capacities. When speaking to them about the challenge they said it was more a mental struggle than a physical struggle to get to the top, but they both encouraged each other to get there and have bonded in their triumph to the top.

They volunteer regularly at many Oshwal events at Oshwal Centre and at Oshwal Shakti Centre. Suraj has helped organise the Oshwal Camp at OC in 2017. Chandni has volunteered her services as a Physiotherapist in the London Marathon in 2017. The one thing their DADA always said to them to keep them busy was “IDLE HANDS make MISCHIEF” (a private joke between them), this they always keep in their mind, especially when they are at any social event or function, they like the generations of Oshwals before them will always MUCK IN!

From their proud MUM Shejal.

If you have a story of special achievement, engagements, weddings, births, you would like to share, get in touch with us by email.