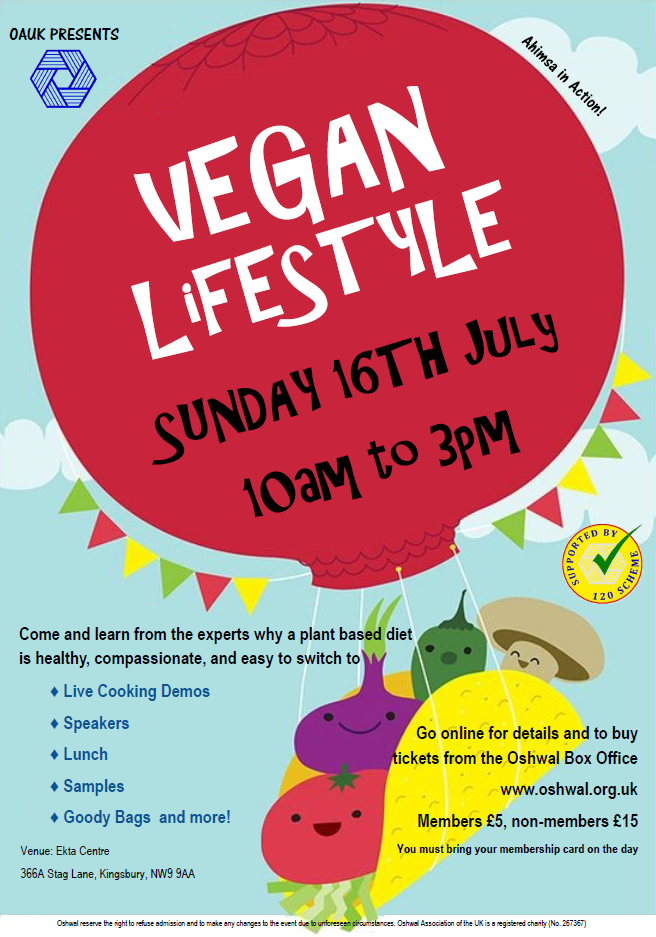 Why is everyone talking about a vegan diet?

You may have noticed that many people are talking about a vegan lifestyle in recent months. In November, national media outlets covered stories about how the new £5 notes aren’t vegan. And in December, there were 2,500 adverts on the London Underground encouraging passengers to start the new year with a pledge to go vegan for January. Many of you may have had to cater for vegan guests at home or when organising a function.

So what exactly is a vegan, why is it relevant for Oshwals, and what does it mean in practice?

What does vegan mean?

The word vegan refers to a way of living that seeks to avoid, as far as is practical and possible, all forms of exploitation of animals. In a dietary context, this means avoiding all food products derived from animals (including meat, fish, milk, eggs, and honey). And as part of a broader lifestyle, it also means seeking to avoid using animals for clothing (e.g. silk, leather, wool), entertainment (e.g circuses and zoos) or any other purposes (e.g cosmetics, cleaning products).

Why choose a vegan lifestyle?

There are many reasons why a vegan lifestyle is relevant for the Oshwal community.

First, the principles underpinning a vegan lifestyle closely align with the Jain principle of ahimsa. The killing of male calves and retired dairy cows in milk production is a key reason why many vegans choose a vegan diet over a lacto-vegetarian one. More broadly, the avoidance of harm to other living beings is a key motivation for many features of the Jain diet.

Second, some Jains are motivated to go vegan for the potential health benefits it may bring. For example, following talks by Sharan India last year, many Oshwals in London and Kenya have experimented with a low-oil, whole-food, plant-based diet to help manage type 2 diabetes. Many have found improvements from this shift, and have spread the word to friends to family.

Third, as Jains, we care about the environment. Dairy products tend to be much worse for the environment than plant-based alternatives. This because a lot of the energy cows obtain from the food they eat is used up keeping their bodies warm. Cows also emit methane, one of the most potent greenhouse gases. A recent Oxford University study suggested that the carbon footprint of a typical UK lacto-vegetarian diet was around 30% higher than that of typical UK vegan diet. 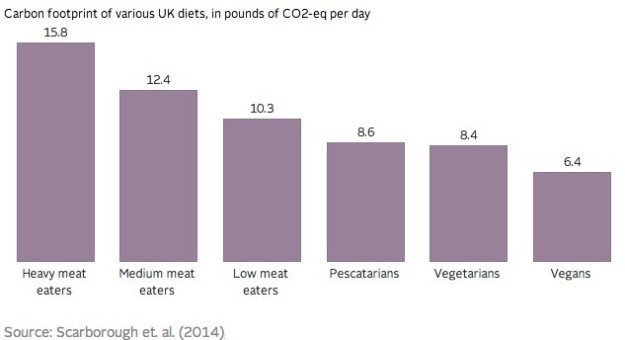 What does going vegan mean in practice?

For Gujaratis, going vegan at home is surprisingly straight forward. Most of the dairy products we use as ingredients can be easily be substituted with plant-based alternatives. Dairy milk, butter, yoghurt and ice-cream can be replaced with plant-based milks versions, either made from soya, coconut, almond or rice. A range alternatives can all be found in most mainstream supermarkets, and most work exactly the same way in cooking. Dairy-free vegetable ghee is stocked in most Indian supermarkets, and is often cheaper than the dairy-based version. Tofu works great as a healthy substitute for paneer, and vegan alternatives to cheese are also widely available in major supermarkets. Many dark chocolates are also vegan.

Getting vegan food when out and about is also becoming easier and easier. Many of the caterers that prepare food for Oshwal functions are experienced at making vegan versions of mithai and farsan, and some also make vegan kadhi! A growing number of chain restaurants now have dedicated vegan menus, or clearly label when vegetarian dishes contain eggs or dairy.

In terms of nutrition, NHS guidance suggests that a well-planned vegan diet can provide all the nutrients our bodies need. Special attention is required for certain nutrients, most notably vitamin B12 and vitamin D. The best way to guarantee an adequate supply is to regularly eat fortified foods, such as plant-milks or breakfast cereals, or to take a supplement. Vitamin D can be also made by the body in the through sun exposure in the summer, but lifestyle shifts mean most Oshwals in the UK don’t spend sufficient time outdoors to get enough. Most other nutrients can be obtained by consuming a wide variety of pulses, vegetables, grains and fruits.

To find out more about more about a vegan lifestyle, why not attend the Oshwal Vegan Health and Awareness Day on Sunday 16th July 2017 at Oshwal Ekta Centre (10am to 3pm).

Note: the views and information expressed in this article is that of the author and not OAUK.

Back to Health page.