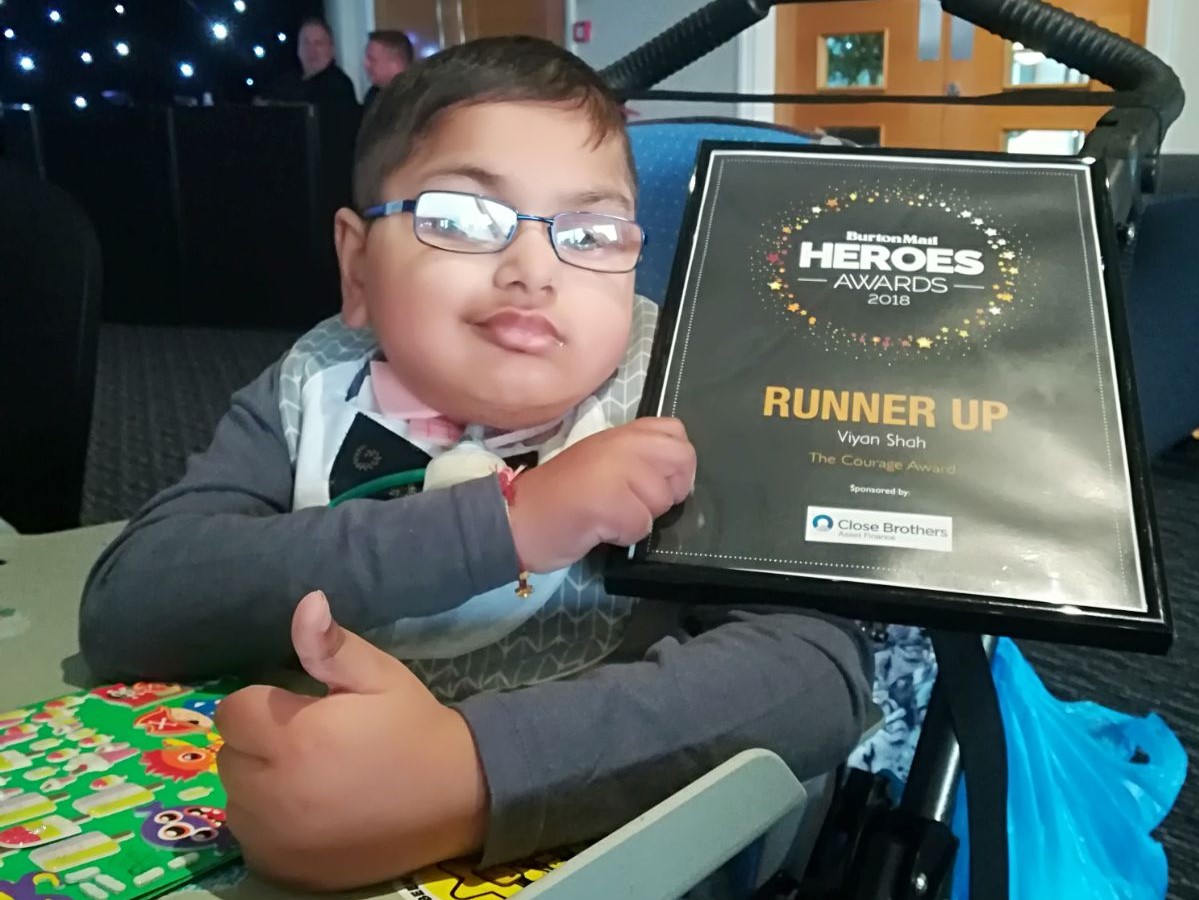 The following story is shared by a Member.

Viyan was born on 11th March 2011 and is the son of Mital (son of Anilaben & Shashikant Shantilal Popatlal Shah of Finchley, London) and Binita (daughter of Champaben & Shantilal Jeshang Dahya Shah of Durahard Ltd, Mombasa, Kenya). He has an elder sister, Neev and the four of them live in the Leicester area of OAUK.

Viyan has an incurable brain tumour that was diagnosed shortly after his first birthday and doctors did not think he would make his fourth birthday. But parents Binita and Mital have watched their brave son battle against the tumour which has paralysed his left vocal cord, meaning he lost the ability to speak or eat. He has learned sign language from the CBeebies show ‘Something Special’ so that he can communicate with his friends and family. His parents have made the decision to stop his chemotherapy treatment because it made him extremely poorly. Despite facing a much shorter life than other children, Viyan remains strong and doesn’t get himself upset about his illness.

In June 2017, Viyan’s parents were told he had just 48 hours to live but he has amazed doctors and pulled through. However, a year on, Viyan was shortlisted at the Burton Mail Heroes Awards 2018, which intends to acknowledge and celebrate the outstanding efforts of people and unsung heroes who are “extraordinary people” and “truly inspirational” according to Julie Crouch, Editor of the Burton Mail. The Awards ceremony was held on the 4th July 2018 at the Burton Albion football stadium and Viyan was announced as Runner Up for the Courage Award category.

Update: We are sad to inform members that Viyan, passed away peaceful at home on Friday 21st September 2018. For funeral details, click here.

If you have a story of special achievement, engagements, weddings, births, you would like to share, get in touch with us by email.