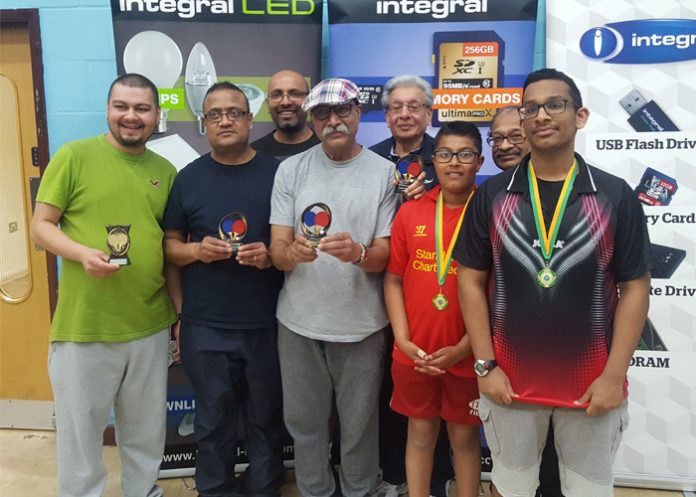 On 09 April 2017, we were welcomed by the Hindu Community Centre in Wellingborough to participate in a Table Tennis tournament. The tournament consisted of teams from Leicester, the Lohana Community, and a team from Wellingborough. There were 50 players in total and 4 divisions (A, B, C, D). We were provided a lovely welcome breakfast to kick start the day, followed by a tasty lunch and a scrumptious dinner which followed after presentation.

All participants had received medals; trophies were awarded to the winners and runner up. From our Oshwal team, Vinod Shah was awarded best player in the ‘over 70 years’ age category, for reaching an amazing average score of 11. Bipin Gosrani was awarded the best average score of 10.7 for age category between 60-70. Kamlesh Shah received the best average score of 10.6 for the age category 16-60. In the first deciding round, Sumit Shah, Nilesh Shah and Sarit Shah were allocated to the plate part of the tournament. From that, Sumit Shah was crowned the winner and Nilesh Shah placed second in division B. This was a fantastic achievement for us and a great day out!