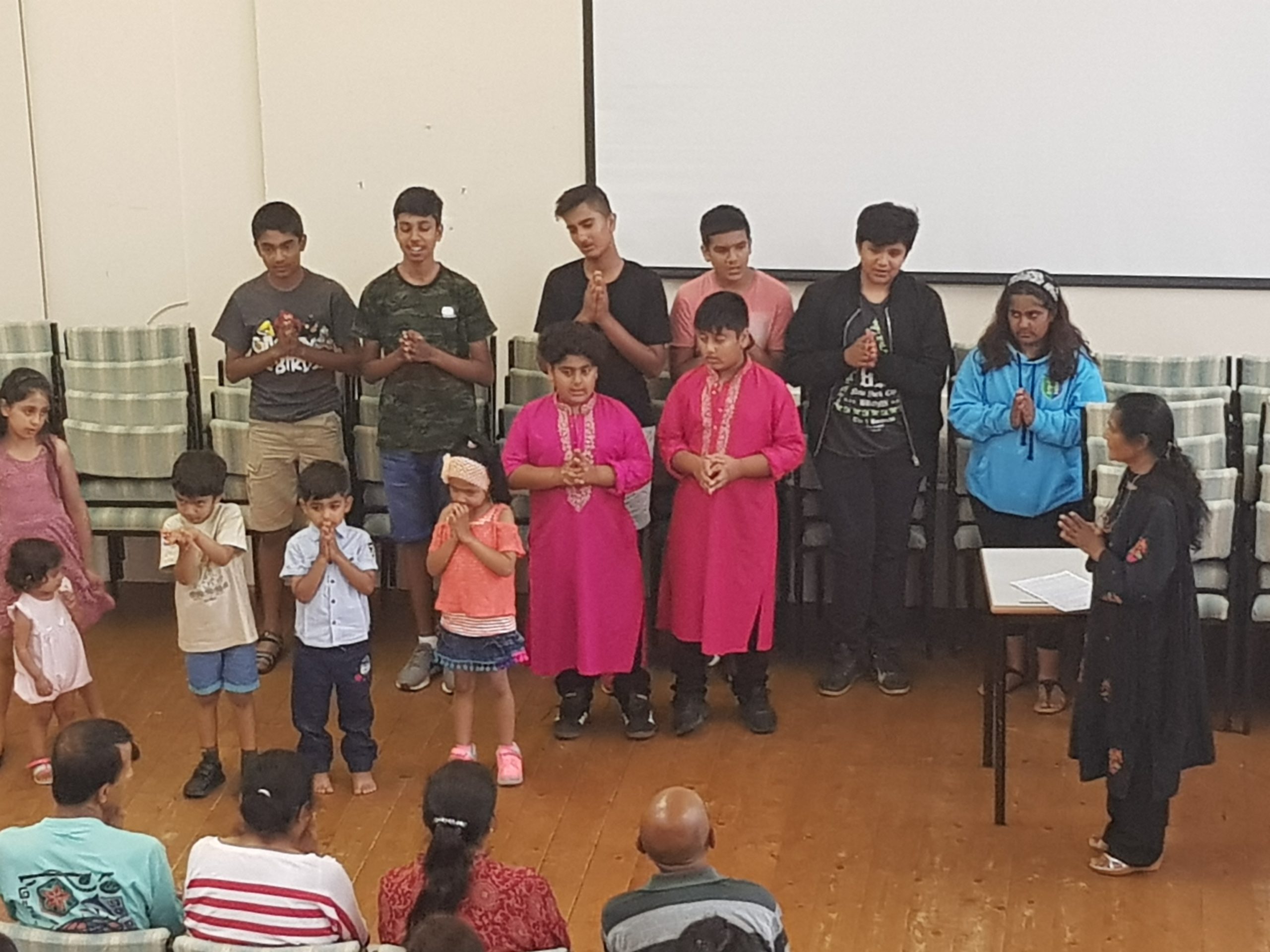 On Friday 20th July Gujarati school had its end of year performance for parents/guardians of the children who attend the school, all committee members were invited too.

Credit Ushaben (Headteacher), Mansiben (Teacher) and Meeraben (volunteer), who helped organise the performances that the children did.

As a guest from the committee I felt privileged to be invited to this amazing event that the students performed for their loved ones.

Actions were performed by the younger students to a Gujarati melody for children which makes it fun for them to learn new words with actions.

A play was performed by the older students with them having to read from a Gujarati script prepared by Ushaben, which showed the children’s skill in reading, writing, listening and most important understanding as they all new what line came next and who had to say it.

The evening ended with a little end of year party, where parents had prepared food and provided drinks, a time to catch-up and say good-bye till September when they will all see each other again.