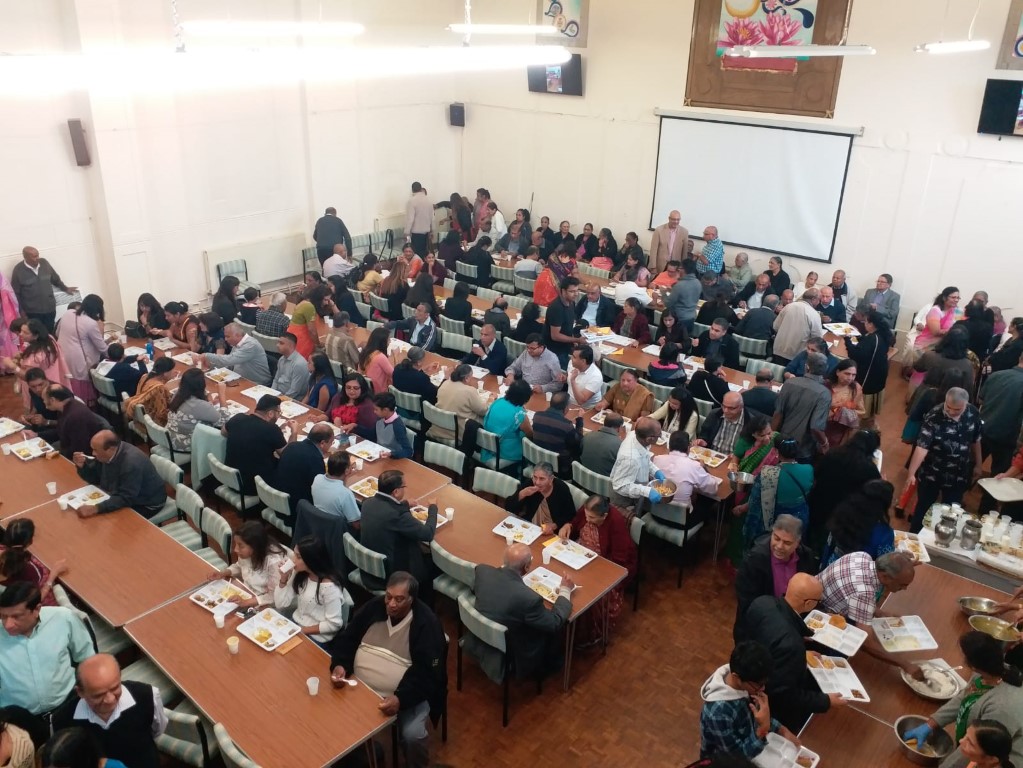 West Area’s Swamivatsalya Bhojan was held on Sunday 30th September 2018 which was attended by around 350 people. It turned out to be very warm sunny day compared to the previous weekend which saw rain and gale force winds.

We had people attending not only from West area but also from other areas including our Vice President Kaushikbhai Shah and many EC trustees. Some of the menu was cooked over the previous couple of days but the rest was prepared and cooked early that morning by our ever present army of volunteers who came from 6am.

The event began with recital of prayers and ‘shanti’ followed by area messages and information after which the food was served. It was encouraging to see so many new and young faces.

The delicious lunch was enjoyed by all with ‘Barfi Churmu’ the highlight of the day.
Special thanks to all the volunteers who helped before, during and after the event to make this a success. It was also noted that we had a large number of volunteers than previous years and all the work was completed in much less time so there was more time for all to enjoy the day.

The afternoon did not finish there, the volunteers were so relaxed that many stayed behind to socialise and play cards, tea was made and people chitchatted/played cards till the early hours of the evening. It was great to see that members are utilising the property.