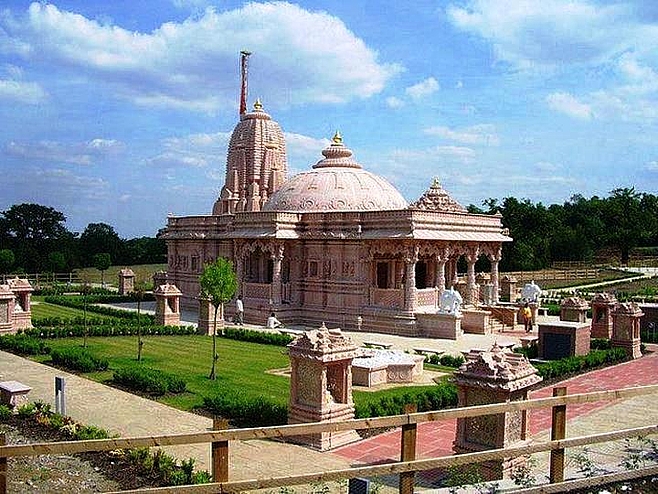 Arihant is the supreme power of nature. He is the purest soul in the universe with a physical body. Ari means Enemy and Hant means destroyer. Here enemies are internal and these are Raga (Craving or attachment) and Dvesha (Hatred). Hence, Arihant is free from earthly attachments and hatred and referred as Veetraga. He lives in the world with a physical body in perfect equilibrium. He is also universal observer having complete wisdom that is Kevala Jnyana (Omniscience). Jain worships Arihant Pada in Shukla Saptami, the first day of Navapad Oli. They perform Aayambil by eating boiled rice only. Colour of Arihant is white, hence the grain chosen for Aayambil is white i.e. rice. They also pray, worship and meditate for Arihant during the day.

This is the second post of Navpad and is posted in the top of SIDDHACHAKRA YANTRA. It is also considered as one of the Deva Tatva. Siddha is the supreme power of nature. He is the purest soul in the universe without a physical body. One becomes Siddha after attaining salvation. The Siddha is also a Veetraga and universal observer but does not preach because he does not have any physical body. He lives in perfect equilibrium, eternal peace and joy. He also remains in perfect motionless rest.

Acharya is the third post in Navpad and placed in the right side of Arihant in Siddhachakra Yantra. He is the first among Guru Tatva. Acharya is the successor of Arihant and leader of the four fold Sangh established by the Arihant. He is the Supremo and ultimate decision making authority in all the matters related to Sangha in absence of Arihant. He is also the ultimate authority in interpretation of the Jain Agam (Holy Scriptures). He observes and motivates Monks and Nuns for five spiritual conducts Jnyanachara, Darshanachara, Charitrachara, Tapachara and Veeryachara. The first four are related to last four Padas of Siddhachakra. Veeryachara, the fifth is enthusiasm and power to observe these four. Acharya has thirty six attributes and symbolizes by Golden yellow colour.

Upadhyaya is the fourth post in Navpad and placed in the lower side of Arihant in Siddhachakra Yantra. He is the second among Guru Tatva. He is supposed to know all Jain Agams, eleven Anga and fourteen Purva twenty five et al. These are his twenty five attributes. He is responsible for academic activities in The Sangha. He preaches and teaches Monks and Nuns. He is like a lieutenant and minister of Acharya. Some sacred Jain scriptures depict him as Prince in Kingdom of Acharya.

Sadhu is the fifth post in Navpad and placed in the left side of Arihant in Siddhachakra Yantra. He is the third among Guru Tatva. He has left house and renunciated. He has devoted himself to the holy path preached by Arihant and disciplined by Acharya. He devotes himself for the noble path that leads to salvation and practices four sacred virtues. He or she has five supreme vows i.e. completely abstaining from 1) Violence; 2) Lie; 3) Stealing; 4) Sexual conducts and 5) Possessions of earthly things. He practices to live in equilibrium in all conditions and states and knows that tranquillity is the essence of asceticism. He walks bare foot and does not use any type of vehicles. He does not cook for himself or others and lives on food provided by households. He does not also keep money in any form or hold any earthly assets. He practices austerity and penance to his optimum capacity and lives under discipline of Acharya and Upadhyaya. He has twenty seven attributes and is symbolized with colour black. Jain followers worship Sadhu Pada in Shukla Ekadashi, the fifth day of Navapad Oli. They perform Aayambil by eating boiled Udad only. Colour of Sadhu is black, hence the grain chosen for Aayambil is black i.e. Udad. They also pray, worship and meditate for Sadhu during the day. Dharma Tatva.

Samyag in Sanskrit means “Right” and Darshan means view. Thus Samyag Darshan means to have the Right View. It also refers to the faith in the preaching of the Arihant. Samyag Darshan is the root of all the Dharma. Only with the right perspective, Dharma can be practiced. This is the first of the Three Gems in Jainism to attain salvation. Samyag Darshan is symbolised by the colour white. Aayambil is observed on Shukla Dwadashi by eating boiled rice.

Samyag Jnan refers to the right knowledge or wisdom. According to the scriptures, all actions should be preceded by right knowledge. This is the second gem to attain salvation. It has five sub divisions and fifty one attributes and is symbolised by the colour white. Aayambil is observed on Shukla Triyodashi by eating boiled rice only.

Charitra in Sanskrit means conduct. Thus Samyag Charitra means Right Conduct. This is the third of the three gems to attain salvation. This has seventy attributes and is symbolised by the colour white. Aayambil is observed on Shukla Chaturdashi by eating boiled rice only.

Refers to austerity or penance. Hence Samyag Tapa means austerity in the right perspective. Austerity in this context means to abstain from worldly desires. The objective of Samyag Tapa is to live in equilibrium. Equilibrium is further classified into two types: Internal and external. Fast, penance etc are some of the types of external equilibrium. Modesty, nursing and meditation are some of the types of internal equilibrium. Samyag Tapa is symbolised by the colour white. Aayambil is observed on the last day of Navapad Oli, Shukla Poornima by eating boiled rice only.

If you are unable to do Aayambil, PLEASE try to do the following:

2) Do Chauvihar as many days as possible

Back to Religion Page.