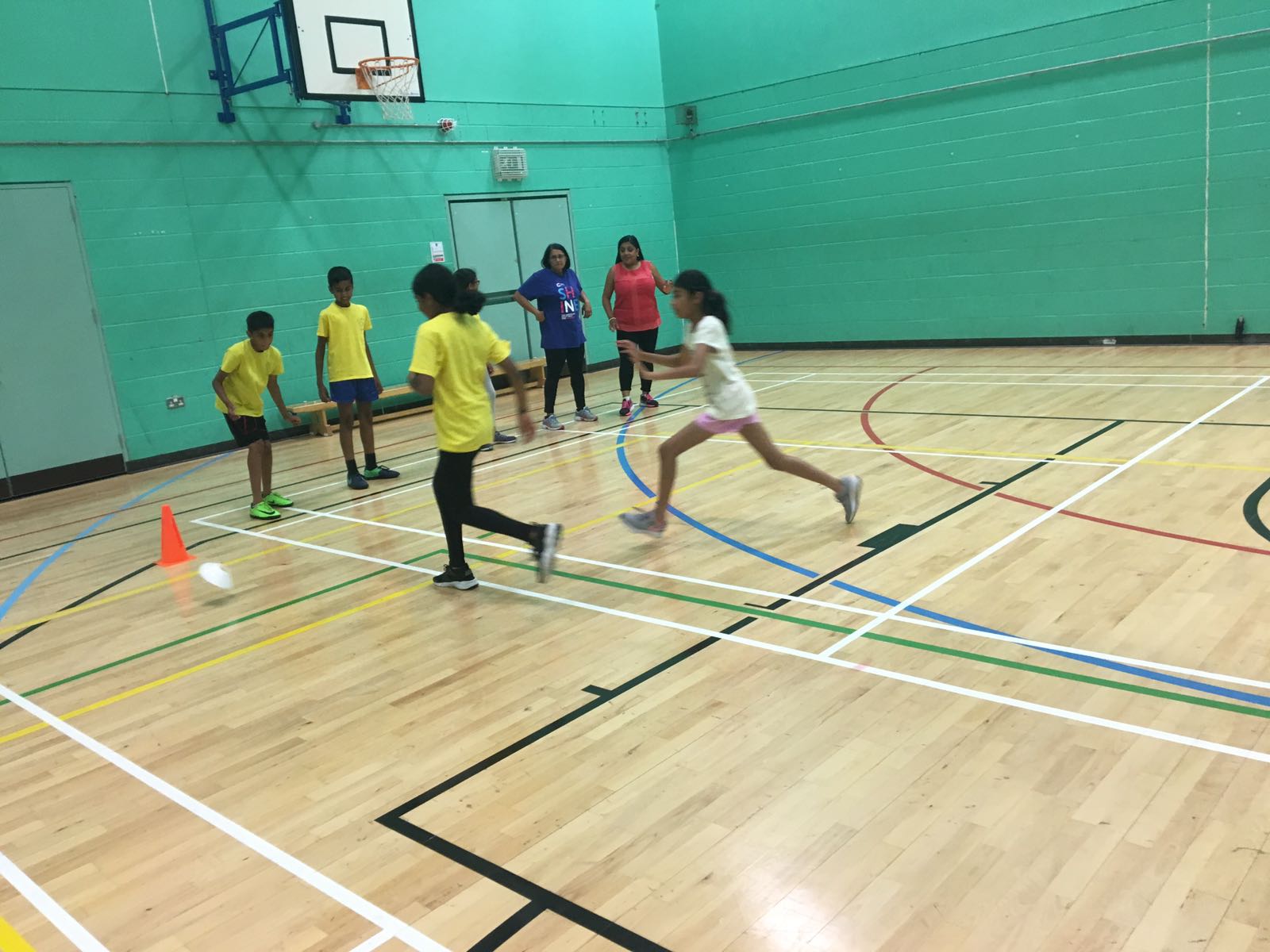 On Friday 6th July at Woodhouse College, North Area Youth Club held a fun evening, where under 12s, over 12s and parents all participated in a range of exciting activities. The evening kicked off with several rounds of extreme dodgeball in which balls were hurtling left, right and centre as both teams aimed to score in their opponent’s goal. Next, we headed outside to the astro turf where rounders courts were set up. Tension built as the batter stood ready to hit the ball, the fielders on their toes. There were some spectacular shots…and not to mention, some questionable fielding… but all in all, everyone had a great time! Then came the moment we’d all been waiting for. Tug of war!!!

It certainly got intense as both teams pulled with all their might, inevitably resulting in a few hilarious human Domino topples. Some of the parents definitely got their competitive edge out, and “1,2,3…HEAVE!” could be heard every now and again from the end of the line, spurring the rest of their team on. The final event was a thrilling game of capture the flag. Undoubtedly, this run and tag game brought adrenaline levels through the roof (although we were outside). The aim was to sprint to the opponent’s side, claim your ball and return it to your own base without getting tagged. It was almost impossible to do it singlehandedly, so we had to work together as a team to win.

Overall, this event was a real success and everyone who participated had an amazing time!

Back to North Area page.