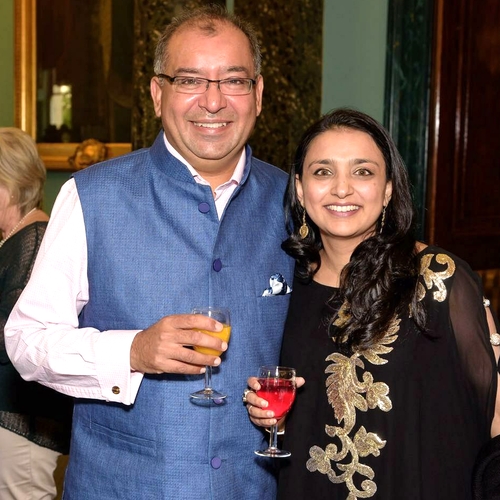 We are delighted to announce that three Oshwal Couples have been included in the Asian Power Couple List 2017. These are: Bhavin & Sita Shah, Visesh & Nishma Gosrani, Mehool & Arshana Sanghrajka.

The purpose of the Asian Power Couples Hot 100 2017 list is to showcase and celebrate the dynamism and energy of couples and pay homage to the true advancement and innovations in business and industry that can come from two successful people working together; combining their efforts to better themselves and their communities. More info at asianpowercouples.com. (Note: OAUK is not responsible for external websites) 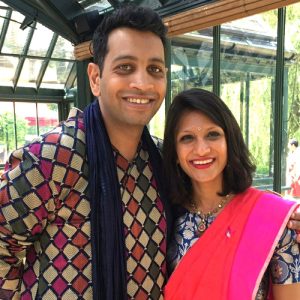 Bhavin Shah graduated from the University of Warwick in 2004 with a degree in Economics. Following that he qualified as a Chartered Accountant with Deloitte, specialising in Corporate Tax, before joining Sigma Pharmaceuticals plc as a Director in 2009. Sigma, a family-owned business is celebrating its 35th year of business in 2017. Within the business, Bhavin currently oversees the financial activities of the Company and the export business. The exports received recognition in 2014 and 2016 in The Sunday Times HSBC International Track 200 list for Britain’s mid-market private companies with the fastest-growing international sales.

Sita Shah studied Biomedical Engineering at Imperial College London and married Bhavin Shah in 2008. Having obtained her Masters degree, she then pursued a career in scientific publishing, followed by pharmaceutical exports. In 2013, together with her childhood friend Anjli Shah, she co-founded S9 Muses – curators in fashion. S9 refers to Section 9, an area in the quaint yet bustling town of Thika, Kenya, where they both grew up. S9 Muses curates collections from new-age, trendsetting, luxury designers who share their ethos and sensibility. Strongly believing in sustainability and slow fashion, S9 Muses held pop-up shops around London, showcasing saris, jewellery and accessories, and now the business has taken a leap forward with the launch of their online retail platform in September 2016. 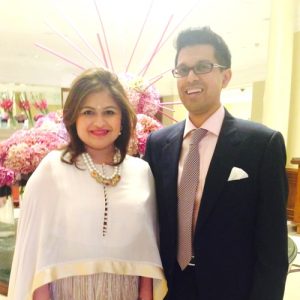 Visesh Gosrani, a qualified Actuary with over 15 years risk management and actuarial experience, is Managing Director at Cygnus Risk, a consulting firm specialising in both the setup and reorganisation of actuarial, risk and financial modelling teams. In 2012, he was hired as Deputy Chief Risk Officer at Asta Capital, a leading third party managing agent at Lloyd’s of London and was promoted to Chief Risk Officer in 2013. He holds a Bachelor’s degree in Business, Mathematics and Statistics from The London School of Economics and Political Science (LSE) and has previously worked at PwC, Deloitte and Genworth Financial. Visesh is also currently working on a startup, Zpic, which aims to solve the issue of trust between policyholders and insurers.

Nishma Gosrani is a Director at Deloitte Consulting where she works with a wide range of banking and capital markets clients. As well as strong commercial expertise, she has an impressive understanding of organisational change and design, leadership, culture and global business strategy. She leads the Diversity and Inclusion client proposition for Deloitte and is the co-sponsor of the Deloitte Multicultural Business Network. She also serves as an Advisory Board Member of the City Hindus Network; as a Board Member & Trustee of Tamasha Theatre Company and Corporate Development Board Member of ROSA, The UK Fund for Women and Girls. 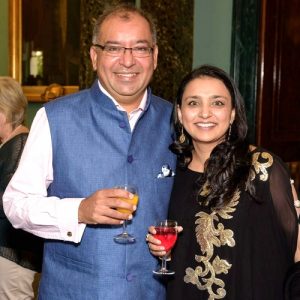 Mehool H. Sanghrajka is Founder and Chief Executive of the Learning Possibilities Group. He founded his first IT business whilst still at university and went on to develop IT businesses in the UK, Middle East, Asia and India over the following 12 years. In 2001, he formed a joint venture with the UK’s largest school builder, Jarvis Plc, exiting the business to set-up Learning Possibilities  in 2007. Learning Possibilities went to build the LP+ platform – now the largest e-learning platform  on Microsoft SharePoint technology – and the company has won the Education Investor Technological infrastructure Award for the past two years. Mehool holds a Bachelor’s degree in Business Computing from City University, London, and is a Trustee and  Director of Education for the Institute of Jainology, a charity set up to promote the philosophy of Jainism, and an Executive Director of the Jainpedia project.

Arshna Sanghrajka qualified as a pharmacist from King’s College London and works for a high street retail group. She is also an avowed authority on Jain Temple architecture and was invited to guide HRH The Prince of Wales during his trip to the Jain Derasar in Potter’s Bar, Hertfordshire, in January 2015.

If you are a young Oshwal Member and would like to share a success story, whether it is about your own business or awards you have won or commendable charity work you do, please get in touch with the Oshwal Bloggers!

Editorial Note: please note that we cannot guarantee all stories submitted will be published.