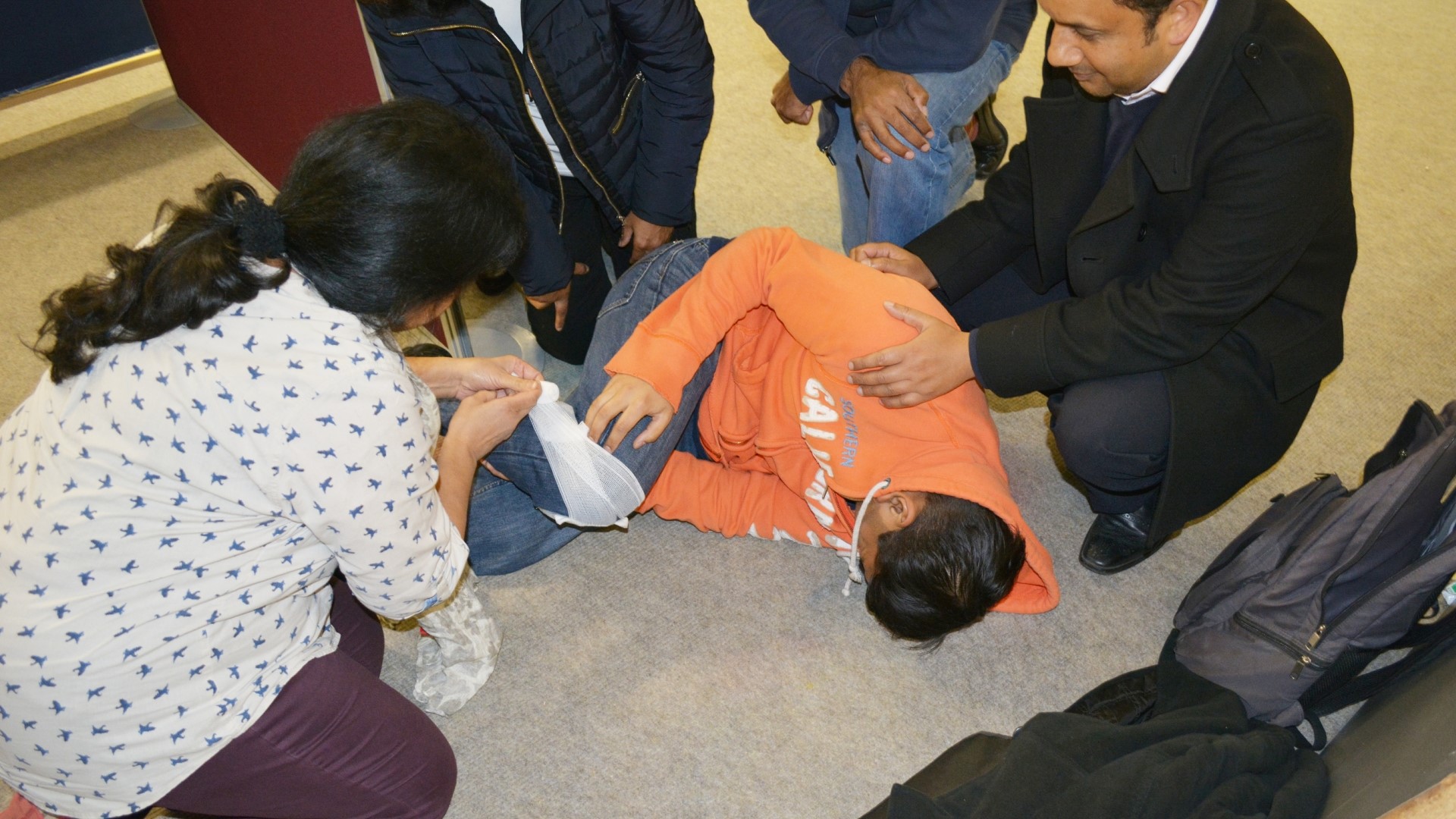 The original idea came out of the concept of the “Great Outdoors” from the Youth Conference, held back in September 2016. The idea was to combine a love for the outdoors with sewa work and so a few Oshwal volunteers with a keen interest in trekking came up with the Oshwal Trek idea!!

Following on from the first volunteer briefing meeting (VBM), at the second VBM we had Oshwal sharing their experience of trekking. Malaben spoke about how to prepare for the trek and focusing on have the right equipment and also having the right positive MINDSET to achieve your goal.

There was also a quick discussion about how to train for the trek, with the emphasis on starting early with the training.

We also had an quick first aid demonstration exercise. Suraj was “injured” and the team quickly came to his assistance, with Malaben providing some basic first aid.

The aim of the demonstration was to highlight some basic points of advise which everyone should adhere to when trekking, e.g.

After the first aid demonstration, Roshniben gave a short presentation about her experience of training for a trek to Base Camp. It was very useful and highlighted the need to focus on early training.

Hemini, highlighted the key objective of the VBMs was to provide an overview of vision and objectives as well as provide some guidelines to the volunteers who can then take a lead in helping to organise the Oshwal Trek.

The next step for the Oshwal Trekkers is to present to the Executive Committee (EC) at their December 2016 meeting, the whole Oshwal Trek proposal and gain approval so that the trek can be officially be launched!!

If you would be interested in getting involved with the Oshwal Trek, get in touch with Hemini (hemini.shah@oshwal.org) and/or Ashish (ashish.patani@oshwal.og).

To see more pictures from the meeting, click here.

Back to the Oshwal Trek page.