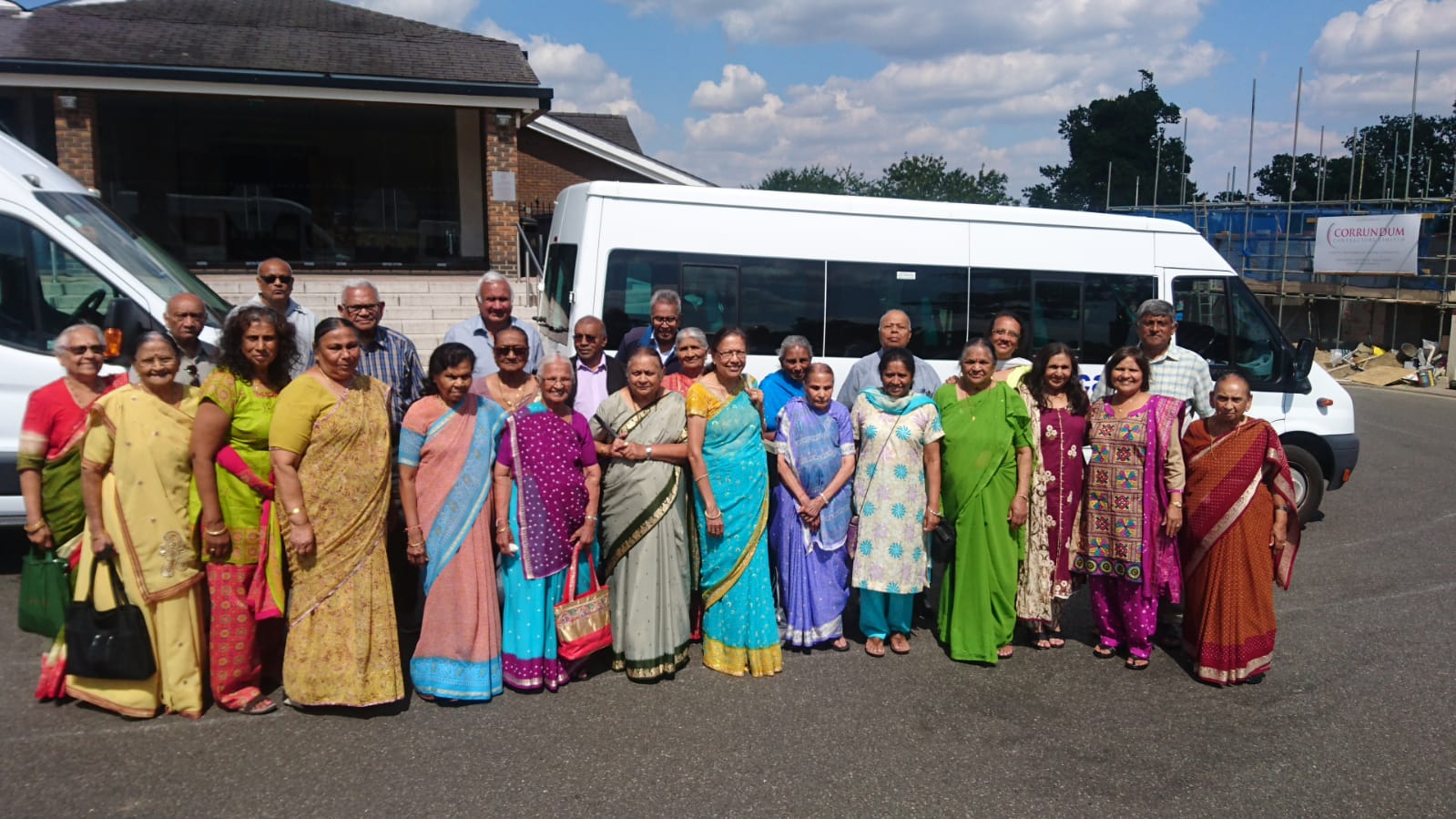 West area members started preparing for Anand Yatra from Wednesday 11th July, the date might be familiar to most of you who are footie fans and watched England in the semi-finals.

Well let me let you know what was happening on this hot sunny day at Oshwal Shakti Centre, the day started with Yoga at 1.30, while ghee was being made in the Kitchen, after Yoga the dough was prepared by a few members, while other members were doing SATSANG.

At 5pm the dough was delivered to other members who baked it in their ovens, then at 8pm the cooked dough was brought back to the centre to be crushed and mixed with ghee and GHOR by a few other members. (It was all teamwork in the area).

This was all happening while the football was being watched in the hall on the big screen by other members and snacks made by Ushaben and her team. We could hear the AHHHH’s while the ladoos for the Anand Yatra were being prepared. The footie finished with England coming home, but the ladoos continued to be made by the volunteers. In the hall the evening cards team started their playing while in the outside kitchen of the shakti centre the volunteers were busy shaping the ladoos.

It all finished at 1am with the volunteers satisfied with their efforts and the shapes of the ladoos.

On Thursday afternoon after setting the ladoos were packed for Oshwal Centre.

Anand Yatra at OC on Friday 13th July 2018, another glorious day, started at Shakti Centre with 2 mini coaches packed with members from the west area and members sang in the coaches all the way to OC , when reached OC at 10am, members divided themselves into groups that wanted to attend the PUJA in the DERASAR, YOGA in the Centre or play cards in the HOUSE.

I managed to do all 3 a bit of everything so I could report on what members activities there are.

The DERASAR was amazing packed with members doing a Puja and devotees singing along.

The centre also was busy with Yoga mats (bring your own) laid out and the teachers making it fun for all whether you were sitting on a mat or on a chair.

Oshwal House had members playing different cards games on different tables, the board room had select volunteers working on the directory project.

Outside there were members who chose not to do any of the above, they went for a walk on the grounds then found a bench to sit on and catch up on old times with members from different areas.

Wherever I looked all I saw were happy smiling faces of people meeting, greeting and catching up with familiar faces.

The day didn’t end there.

There were volunteers preparing a hot JAIN lunch in the Kitchens, this was served promptly after PRAYERS and some announcements which included the DHOSA LADOO provided by west area members.

TEA AND HOMEMADE BISCUITS WERE SERVED TOO!

After lunch Jayeshbhai gave a short talk on Jainism,

Then sadly it was time to say our goodbyes to friends and relatives from other areas, until next time.

Be sure to join us at the next ANAND YATRA event.